CAREGiver of the Month

At Home Instead®, our success revolves around our CAREGivers℠ – and we know it! We celebrate and recognize CAREGivers each month with our CAREGiver of the Month Award.  These CAREGivers demonstrate each day their commitment to enhancing the lives of seniors in our community and we are forever grateful for their efforts.

Our Caregivers of the Month CAREGiver of the Month - Susan

“I got laid off from my former job, where I had worked since 2015. Reflecting on what had been going on, I had gone through a lot of challenges and was working while my hours were getting cut,” Susan explained. “So, I saw Home Instead online and decided to apply. After filling out the application, they were ready to send me out.”

The Home Instead office staff knew that Susan would be an asset from the beginning. Susan’s senior-care experience also has included family caregiving. “My mom had Alzheimer’s disease. It was hard, but I took care of her when I visited her in Florida. I finally had to put her in a nursing home, and she passed away in 2007,” Susan said. CAREGiver of the Month - Tina

Home Instead® CAREGiver of the Month Tina Johnson loves and admires her 88-year-old client, who thinks of Tina as a second daughter. The client has a strong faith, and she’s not afraid to share it with Tina. On one occasion, the client told Tina, “Pray with me and talk with me.” Tina explained: “She says the rosary and prays to the Lord. If she’s not talking to me, she is praying.”

Tina also pointed out that she has lots of energy. “She amazes me and is wonderful. She makes me so happy. She loves to engage. I’ve had her as a client since October, shortly after I started with Home Instead, and I’ve been with her when she was in the hospital. I love working with her,” said Tina, who is in awe of the client’s knowledge of the Victoria area and her ability to guide Tina as she drives through areas of Victoria that Tina has never seen. “The client was born and raised in Victoria." 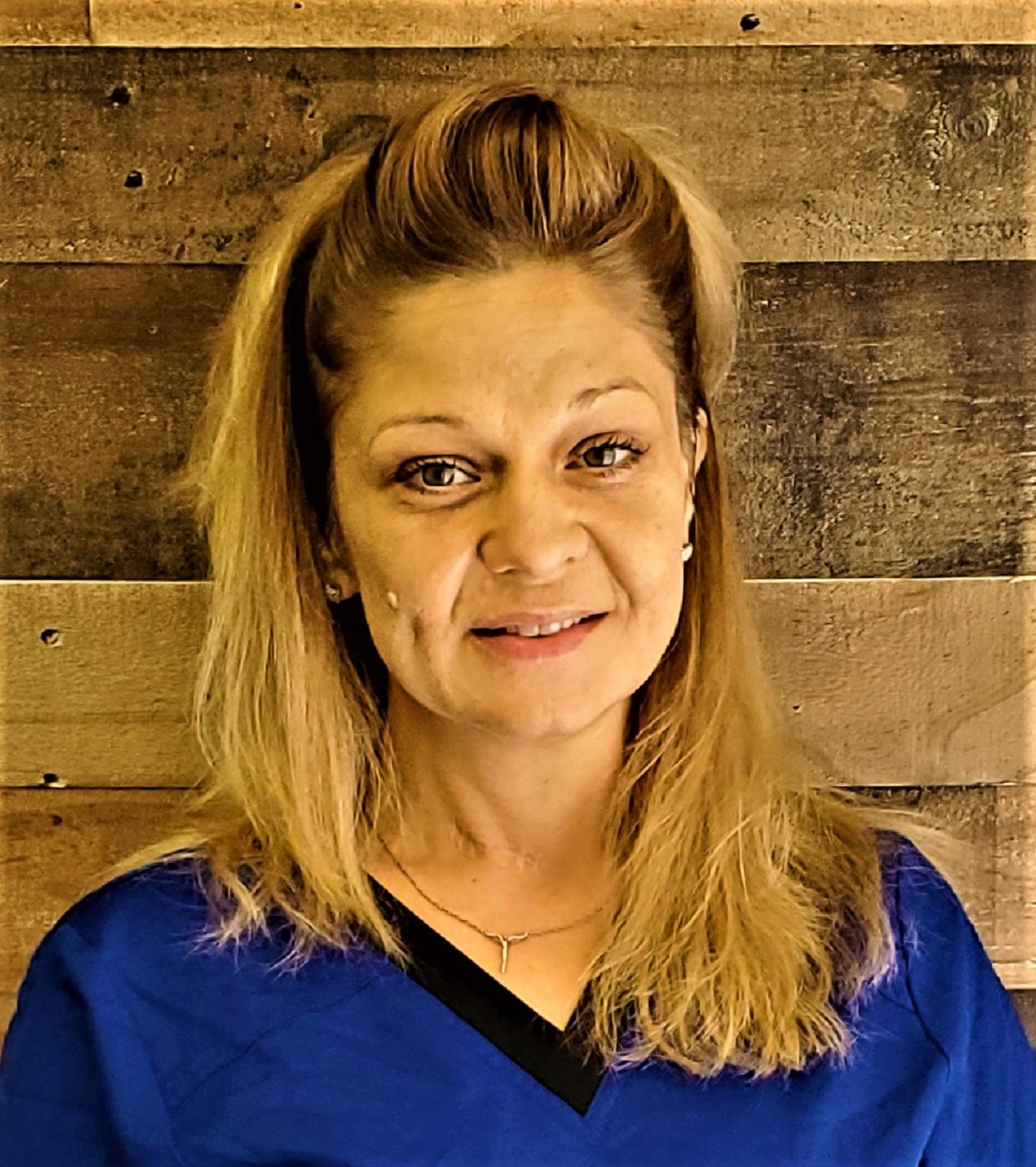 CAREGiver of the Month -Jenny

In the late summer of 2020, Jenny Hernandez, a registered nurse with a number of medical specialty certifications, wanted to take a break from what she called “the tedious politics of hospital care.” Through a series of online connections, Jenny met Recruiting and Retention Coordinator Maegan Coldewey of the award-winning Home Instead® franchise in Victoria.

“There was something special about Maegan that made me want to help her. For one thing, she is so sweet. I might not have taken the CAREGiver job if it had been someone else other than Maegan doing the hiring. When I talked to Maegan, I thought to myself, ‘Let me try this kind of job.’ I thought I ought to get back to practicing care just like I did when I had started many years ago and had dedicated myself to helping others. I like dealing with people the most, not administrative chains,” recalled Jenny, a registered nurse with certifications in areas such as mechanical ventilation, critical care and medication technician. CAREGiver of the Month - Rosa

“Winter Wonderland,” a song written in 1934 by Felix Bernard and lyricist Richard Bernhard, obviously has a seasonal theme as a Christmas song. But for one of CAREGiver of the Month Rosa Garza’s clients, it is a song for all seasons. Since it continuously loops in the 83-year-old client’s mind, Rosa uses “Winter Wonderland” as a source of comfort and companionship. CAREGiver of the Month - Meosha

CAREGiver of the Month Meosha Dumas and her Home Instead® clients savor the times when they can share a chuckle. Meosha found a new way to laugh with her clients after she joined Home Instead of Victoria. Meosha had never seen anyone dress up for breakfast in their own kitchen. At the prompting of a husband client, that’s what happened one morning when he tried to cheer up his wife.

“The husband still shows his wife affection, and I admire that. He asked his wife about a gown he thought she might want to wear. She told him, ‘I don’t want to wear that all day.’ When he asked why, she said, ‘Because it’s a night gown, not a dress.’ With his tongue in cheek, he said, ‘Do you plan on going somewhere with your boyfriend?’ The wife said, ‘Yes.’ He grabbed a dress, showed it to her and said, ‘Here I am, where do you want to go? How about to the kitchen for breakfast?’ She said, ‘Yes!’ and smiled. He laughed, and I smiled and got her into the dress. She’d been moving slower than most days, and he had managed to make her smile. When the day starts that way, it will indeed be a good one. The point is, I’m convinced this is where I belong, helping people such as these,” Meosha said.

CAREGiver of the Month - Linda

Has a Home Instead® CAREGiver ever been an answer to prayer? An 89-year-old client said CAREGiver of the Month Linda Jaramillo was.

A week after Linda started working with the client, she said God had answered her prayers by sending Linda. The client said, "I would pray to the Lord to send me someone who would be full of faith and compassion. Linda, you are my angel." Ironically, at the same time the client was praying for a compassionate CAREGiver, Linda was praying for a compatible client because she had just lost one.

CAREGiver of the Month - Alesha

Twice-honored CAREGiver of the Month Alesha Barrio and her Home Instead Senior Care® client are on the same wavelength. When Alesha walked in the door Sept. 29, she and the client simultaneously asked each other the same question: "Did you hear that Astros first baseman Yuli Gurriel will return next year?"

Alesha always has been an Astros fan, and so has her client – for maybe 50 years longer. "The client and I have bonded during our six to seven months together. One of those bonds is the Astros. We watch their games together. He has an iPad and gets ESPN's notifications about Astros, so that's one way he keeps current. The client knows everything about the Astros," said Alesha, referring to the Major League Baseball team about 130 miles from Victoria that has been in existence since 1962. For their first three seasons, the Astros were known as the "Colt 45s," before they became the first pro sports team to play in a domed stadium (the Astrodome). CAREGiver of the Month - Samantha

Samantha Salazar credits her mother and grandmother for her extraordinary success as CAREGiver. "I am comfortable with seniors as a result of being around my grandma since I was a baby. Observing my mother at her job showed me how you compassionately care for seniors," said Samantha, a CAREGiver of the Month for Home Instead Senior Care® of Victoria.

Samantha's mother has been a resident assistant at several care communities since she was 20.

"Mom kept building on her experiences and does very well. Sometimes she'd take me with her on the job when I was young. While she was caring for the seniors, I'd meet some of the residents and interact with them. Mom is a role model, and now she is proud of me," said Samantha, who joined the award-winning Home Instead Senior Care franchise owned by Stephanie Niles on April 20. CAREGiver of the Month - Shana

A couple of weekends.

That's all it took for a son-in-law to decide CAREGiver of the Month Shana Garcia was "The One" for his mother-in-law. … every day of the week. Shana had just started with Home Instead Senior Care® of Victoria on Valentine's Day this year. Her original plan was to work as a weekend on-call specialist for the award-winning franchise owned by Stephanie Niles.

Shana began assisting the client on weekends, but quickly added weeknight shifts from 5:30 to 9. Seven days a week? "Yes, but it's fine," said Shana, a Certified Medical Assistant who works full time on weekdays from 8 to 5 for a doctors' office in Victoria. CAREGiver of the Month - Mikayla

For CAREGiver of the Month Mikayla Bates, a Friday shift with her client had gone normally … until it was time to say goodbye.

“When I got ready to leave for the weekend, my client told me she wanted to come along and spend the weekend with me because she was lonely,” said Mikayla, recalling the emotional moments. “I explained it couldn’t happen, and she said, ‘Fine, I guess. Monday will do.’ When I showed up Monday, what I saw tugged at my heart. She had made a poster and a card that said, ‘Welcome home! I missed you!’ It was a great way to start my Monday.” CAREGiver of the Month - Anita

Years ago, Anita suffered fractured neck vertebrae, a broken pelvis and other injuries during a car accident.

"It was horrible. I wore a halo for my neck injury for 72 days. But God completely healed me," Anita explained. "I realized how humbling it is to depend on someone else. It was then when I really felt, 'This is what I want to do. I want to help those who need assistance.' That thought was reinforced during my recovery. As a result of my experience of being incapacitated, I am careful to never say the wrong thing and embarrass a client."

For about 20 years, Anita held a job in workman's compensation patient care and briefly worked at an assisted living facility. In August 2019, Anita joined Home Instead Senior Care® of Victoria after an online search. In March 2020, Anita was honored as the franchise's CAREGiver of the Month.