Symptoms and Stages of Alzheimer’s

Dementia is a general term that describes symptoms related to memory loss and changes in thinking abilities, that are severe enough to impact a person’s ability to perform everyday tasks. The most common form of dementia is Alzheimer’s disease.

Experts agree that Alzheimer’s disease or other dementias likely develop as a result of multiple factors, such as advanced age, family history, cardiovascular disease, a history of head trauma and other lifestyle factors.

Contrary to popular belief, memory loss is not a natural part of aging. Occasionally forgetting a name or misplacing the car keys is normal. But significant memory problems that disrupt daily life, such as getting lost on the way home from a familiar grocery store or developing an inability to keep track of bills, may be early symptoms of dementia.

According to Dr. Jane Potter from the University of Nebraska Medical Center, some early signs of dementia may include:

The Alzheimer’s Association has identified the following 10 signs of Alzheimer’s disease.

Be sure to discuss any concerns you may have about these signs with a physician.

While dementia affects each individual differently, everyone tends to follow a general pattern of decline defined by stages. Understanding the different stages can help you know what to expect as the disease progresses. It can also help you plan accordingly for the additional care that your loved one will likely need along the way.

This type of dementia occurs when deposits of a protein called “Lewy Bodies” build up in the brain and disrupt the brain’s normal functioning. The protein deposits were named after the scientist who first discovered their connection to dementia.

Someone living with Lewy Body dementia may exhibit symptoms similar to those of Alzheimer’s, including memory problems, poor judgment and confusion. Additionally, Lewy Body dementia-related symptoms may include excessive daytime drowsiness, hallucinations, tremors and a lack of facial expression. 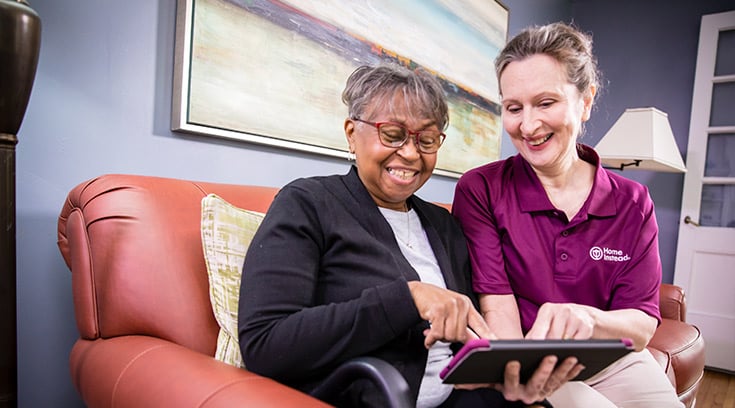