Your Home Instead team in Granville, OH possesses a heartfelt desire to work with seniors in the community. It is our ultimate goal to forge extraordinary relationships between our clients and their Care Professionals.

When you or an older adult loved one is ready for help, our caring staff is on call to quickly answer your questions and accommodate your senior services needs.

Apply for Senior Home Care Jobs in Granville, OH. Click the button below. 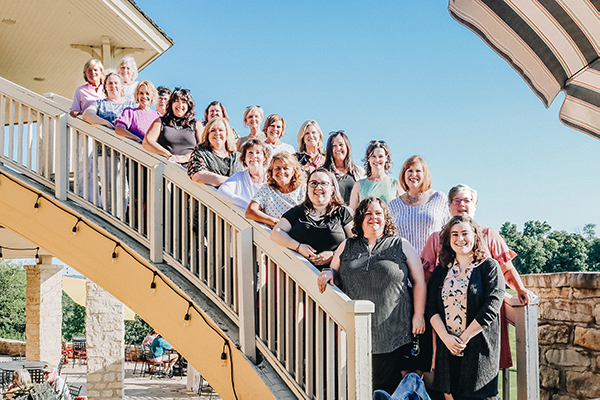 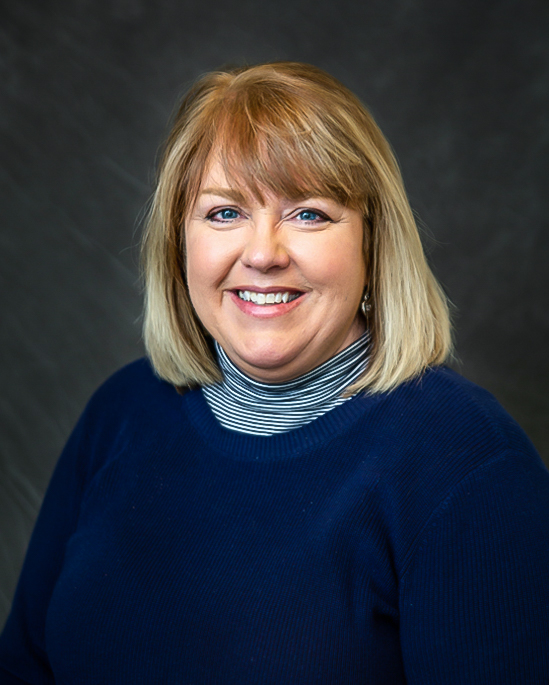 Annette's responsibilities include managing Service Coordinators, On-Call supervisors, client and Care Professional schedules and any client concerns. After a 20 year career in retail management, she started researching companies that she felt had a personal value to their service and a connection to the community. She has found that with Home Instead. Annette and her husband, along with their two children reside in Hebron, Ohio. ​A deep love for her grandparents led Kim to the Senior Care industry as a Licensed Social Worker after college. After the very first day of work in a residential care center, she was hooked on Senior Care! Kim later became a Licensed Nursing Home Administrator and worked in several facilities near Central Ohio. In 2008, after a 15-year hiatus as a full-time mom to her three children, she was hired by Home Instead in Granville, working at first in Recruitment, and later as the Community Resource Representative. It was an exciting time for her to be a part of the expansion of the Home Instead 550 office, but in 2012, she couldn’t resist the new opportunity to lead The Carr Center, (non-profit serving children with disabilities and medical services for older adults in Zanesville) as it’s Executive Director.

Providing service, support, and enrichment to persons with disabilities, in aging services, and to those in poverty was an extremely rewarding experience. Due to the changing needs of Kim's family, and especially the caregiving needs of her aging mother, she was excited to be offered the opportunity to re-join Home Instead as the Director of Client Care. She is so excited to be working locally again with this amazing team of compassionate individuals who daily make a difference in the lives of older adults. 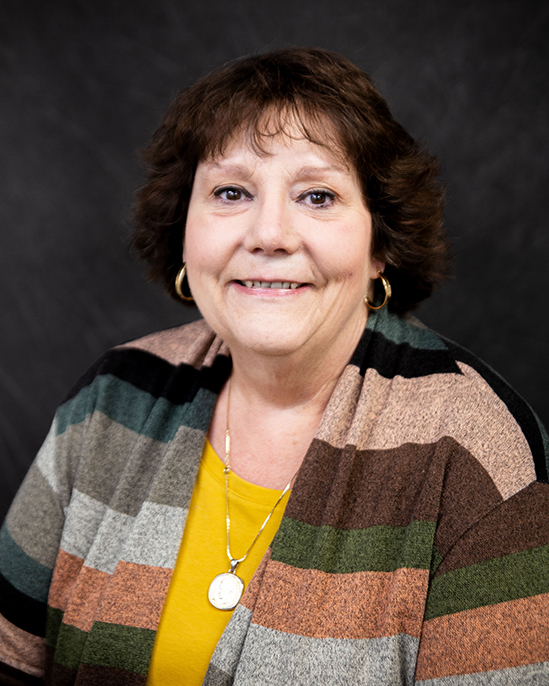 Ann enjoys her role as Administrative Assistant because it varies from day to day. From invoicing to accounts receivables, to writing welcome letters to new clients, to taking calls from Care Professionals; every day is different and a learning experience. Ann has a background in accounting, marketing, customer service and her true love, working with seniors and their families. Ann has one son who resides in Pottsville, PA, and a spoiled cat at home in Zanesville. 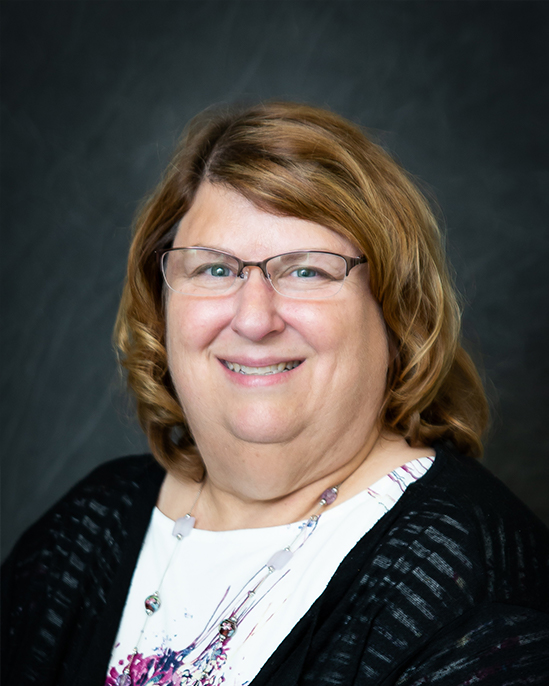 Elaine knows the Home Instead mission well, since she was a great Care Professional and on-call supervisor for almost five years prior to assuming her current position in 2009. If you call our office it will generally be Elaine's cheerful voice that will greet you, and her smiling face will meet you when you enter our office. We have been truly blessed for her to join our team. Elaine resides in Newark, Ohio. She has 4 grown children and 8 grandchildren. 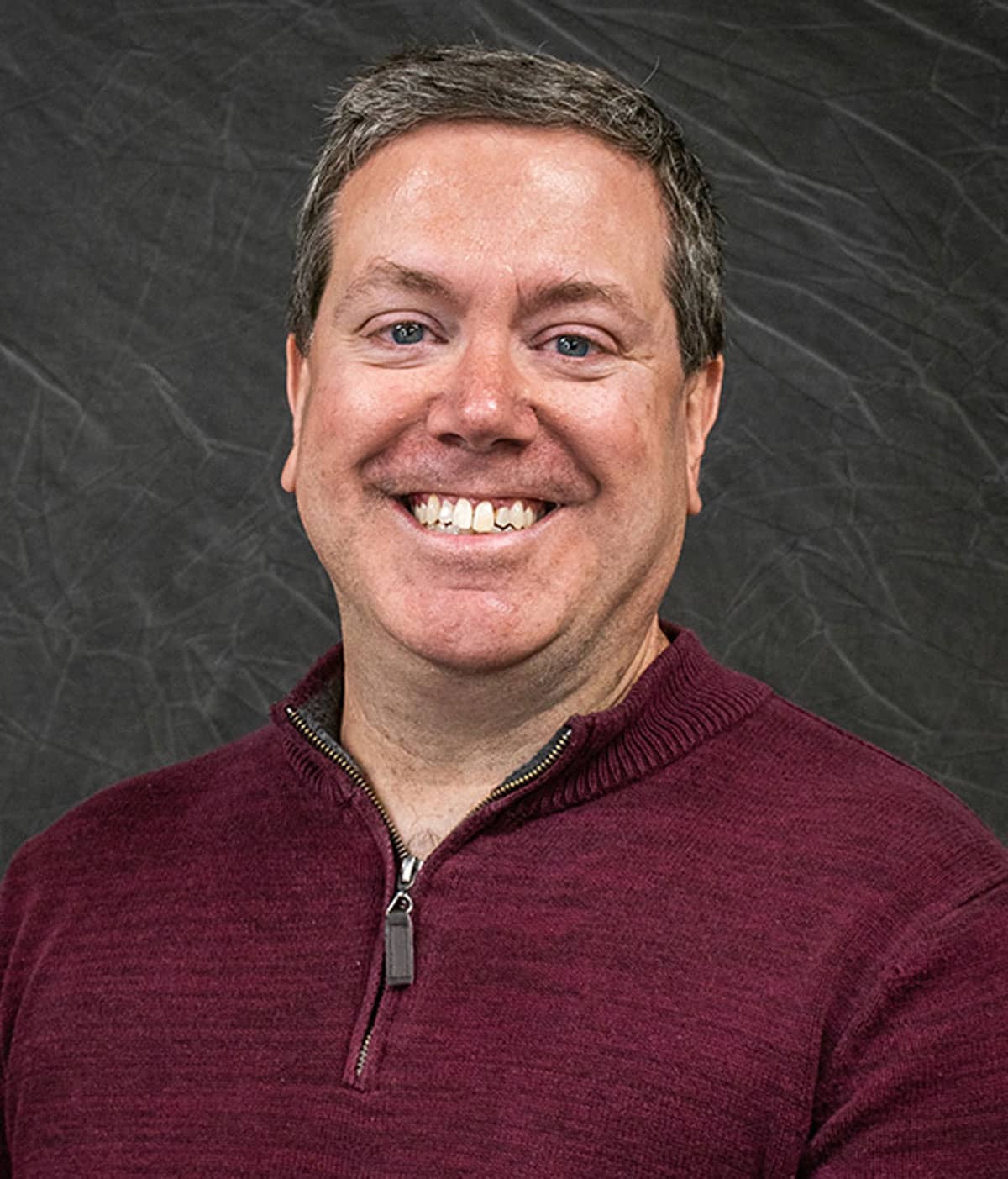 Anthony is originally from Pittsburgh and, in 1997, moved to Columbus, where he was a radio DJ for stations including WNCI and WSNY. Then, after 10 years of living in Nashville, Anthony decided to move back to Columbus in 2011. He worked in sales for various companies but, after becoming a caregiver for his mom, he knew that he wanted to change career direction to help families that may be going through similar life experiences with their elderly loved ones.

As a Service Inquiry Specialist, Anthony’s role is to work with prospective clients and their families to ensure their comfort with our services and making sure it’s a good match. Anthony’s hobbies include walking and hiking, reading (mostly autobiographies), collecting vinyl records and he has never met a coffee shop that he didn’t like! He is so proud to be a part of the Home Instead team. 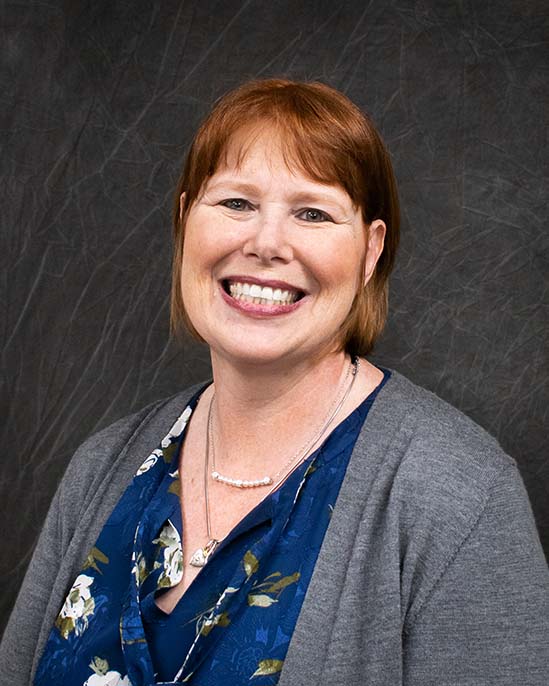 Jennifer's role is to assist with managing Care Professional schedules and time-off requests. Jennifer has a Bachelor's Degree in Public Relations and Business Management. Jennifer worked in Food and Beverage/Hotel Management for 20 years, before re-evaluating her career goals and deciding she needed a change. Jennifer started working for Home Instead in 2010 as a Care Professional. Jennifer and her dog, Remi, have lived in Licking County for 18 years and currently reside in the Hebron area. 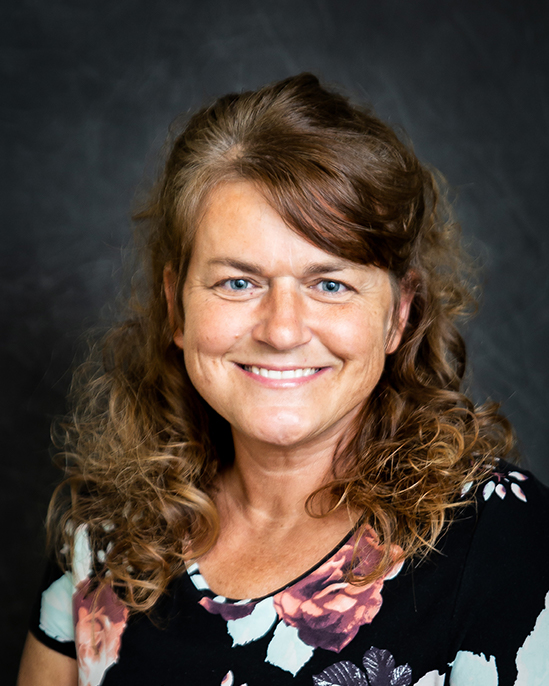 Mindy’s role is to assist with managing Care Professional schedules and time-off requests. She enjoys this because it varies from day to day. Mindy started with Home Instead in 2015. She has a background in customer service. She was a dispatcher/scheduler at a local company in Licking County. Mindy enjoys working with seniors and our Care Professionals. Mindy has two sons and one adorable grandson who live in Newark. Mandy joined our team in 2018 as a Care Professional. Helping others is something she finds great satisfaction in and she is grateful for the opportunity to continue serving her community through her administrative position. Mandy is available to assist with phone calls outside of our normal business hours. When a Care Professional, client, or family member needs assistance, Mandy is there to help. Her responsibilities include coordinating and scheduling the on-call team and manages the utilization reporting as well as entering time-off requests.

Mandy has lived in Pataskala since childhood and graduated from Watkins Memorial. She has a wonderful husband who supports her career and 4 beautiful children. Outside of work, she is very involved in their local church. 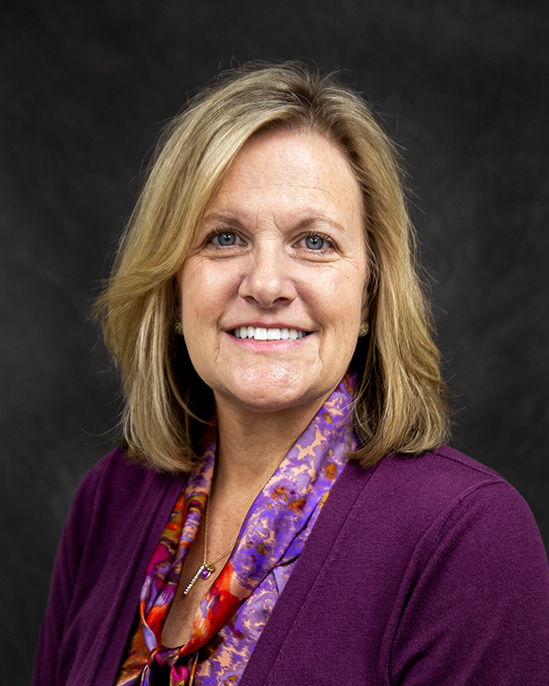 Deborah is responsible for overseeing our HR Department and Care Professional benefits and compensation programs. She originally joined Home Instead in 2005 as a Care Professional, after working in Human Resources for 10+ years with an emphasis on policy development, HR communications and benefits’ administration. She has a B.S. degree in Human Resource Management from The Ohio State University. Deborah and her husband live in Dayton and enjoy gardening and traveling. They have two grown daughters and two grandsons. 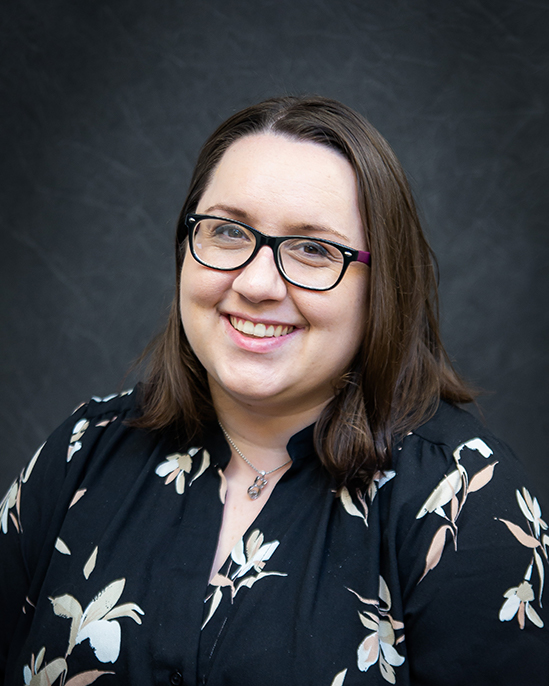 ​Meagan is responsible for recruiting new, wonderful Care Professionals and beginning the onboarding process, as well as supervising the current and new Care Professionals. She has 5+ years of previous management experience and has an Associates degree in Business. She is originally from Canal Winchester, but currently lives in Pataskala with a full house, including 4 cats and 4 dogs. Sara is responsible for recruiting, screening, and hiring Care Professionals as well as supervising and maintaining relationships by providing support, conducting annual performance reviews, and managing changes in CAREGiver availability. Leane is responsible for supporting new Care Professionals during their onboarding period, providing support and encouragement. She has 15+ years of management and training experience. She has an Associates degree in Social Work. She lives in Pataskala with her husband. She has three wonderful children (two daughters and one stepdaughter) and two beautiful granddaughters. 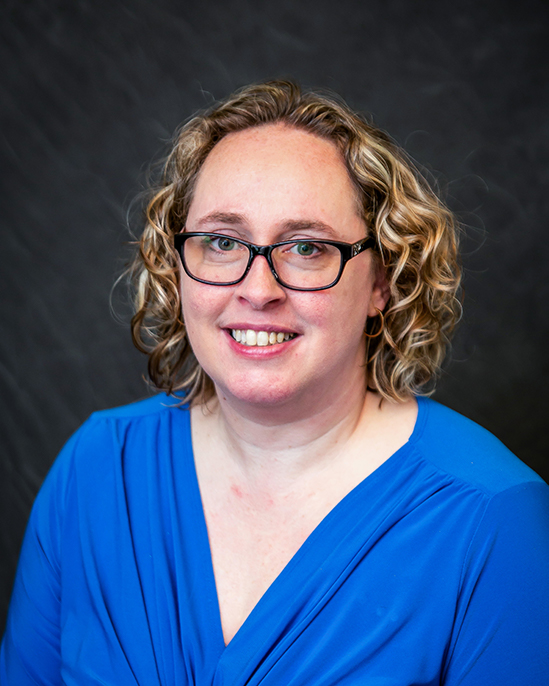 Training has been a way of life for our current Development and Training Coordinator. Cathy has been a passionate trainer her whole life, whether in the Marine Corps or in the community. Cathy began working for Home Instead as a Care Professional before becoming the Development and Training Coordinator in 2017. She really enjoys spending time teaching new Care Professionals how Home Instead is different from other home services and how we can make a difference in senior’s lives. Cathy also spends time preparing new training materials to keep our Care Professionals the best in the business. She currently lives in Mount Vernon with her husband and two daughters. 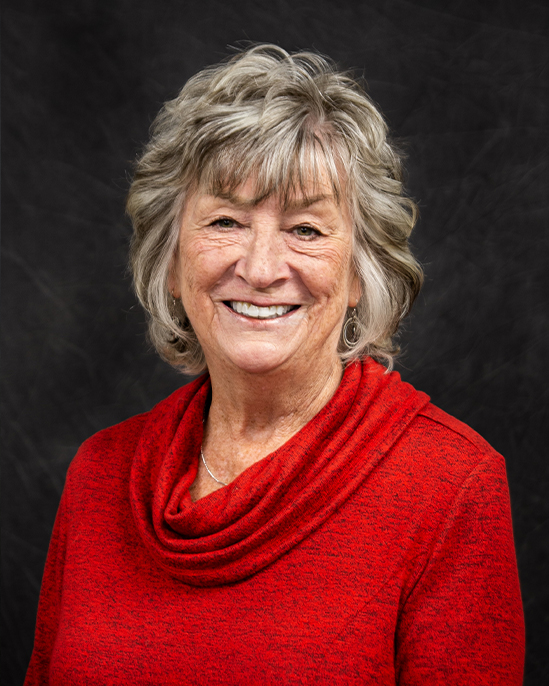 Quality care is the cornerstone of Home Instead. Linda's role focuses on building relationships with clients and monitoring satisfaction with services. Her main duties include quality assurance visits which ensure that services are meeting the needs of clients, in-home introductions of Care Professionals to clients, and coordinating care for new clients. Her favorite part of the job is delivering birthday and holiday gifts to clients. Linda has a B.S. degree in Education from The Ohio State University. Having retired in 2005 after a 22-year career in the utility industry in Columbus, Linda moved to Buckeye Lake. She joined Home Instead in 2006 as a Care Professional, prior to assuming her current role in 2007. 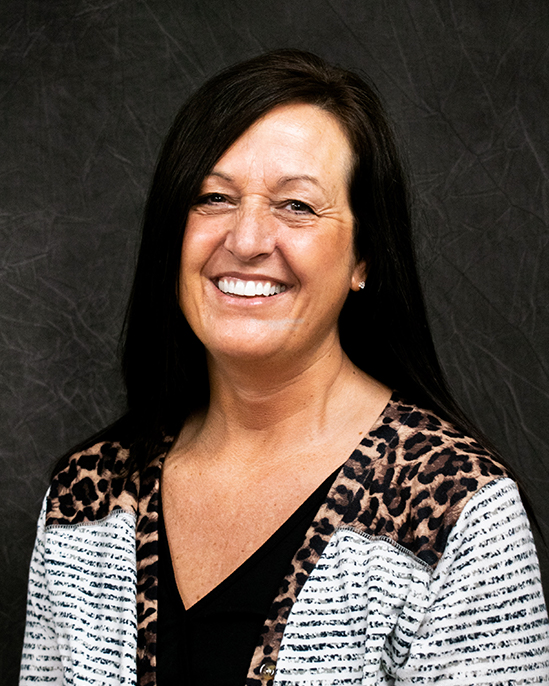 Maria enjoys her role as Client Care Coordinator, meeting with potential clients and their families to share with them our services and bring peace of mind to them as they face a challenging time in their life.  Maria also keeps in touch with her clients and makes sure everyone is receiving exceptional care. Prior to joining Home Instead, Maria spent 24 years in healthcare. She recently returned to long-term care and is excited to work with people who genuinely love their roles. 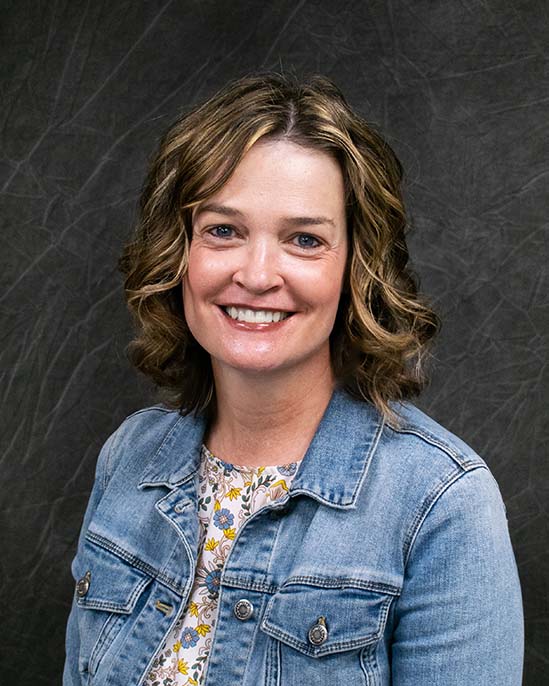 Dana has always enjoyed the company of seniors, even as a young girl, when she spent much of her free time with her grandparents and an elderly neighbor. She began working with seniors in 2009 in Springfield, IL when she began employment as a case manager with Senior Services of Central Illinois. After a rewarding six-year career with Senior Services, she joined the Home Instead team in the local Springfield, Illinois office. Dana was married in the summer of 2017 and moved to Ohio a few months later. She joined the Granville team in October the same year.

Dana brings passion and a love for seniors to her role as Client Care Coordinator. She's grateful for the opportunity to work with such a dedicated team of people who share the same vision and determination to provide outstanding home care services to seniors and their families. 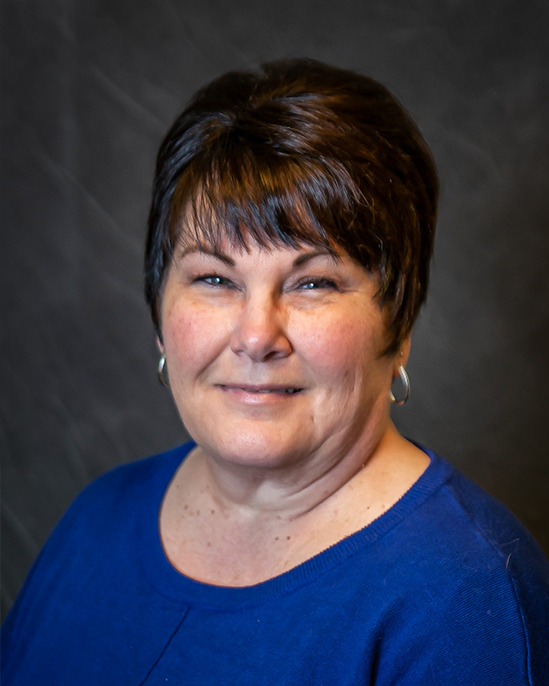 As Client Care Assistant in the Zanesville office, each day is different. There are office responsibilities and then the opportunities to assist Care Professionals and getting to know our clients.

Before coming to Home Instead in 2018 as a Care Professional, Renee had worked for and retired from the State of Ohio, working with aging clients with mental disabilities. She loves being a part of making life better for others, especially aging adults.

Renee lives in Roseville, Ohio with her husband of 45 years. and four cats. She has five children and 10 grandchildren. 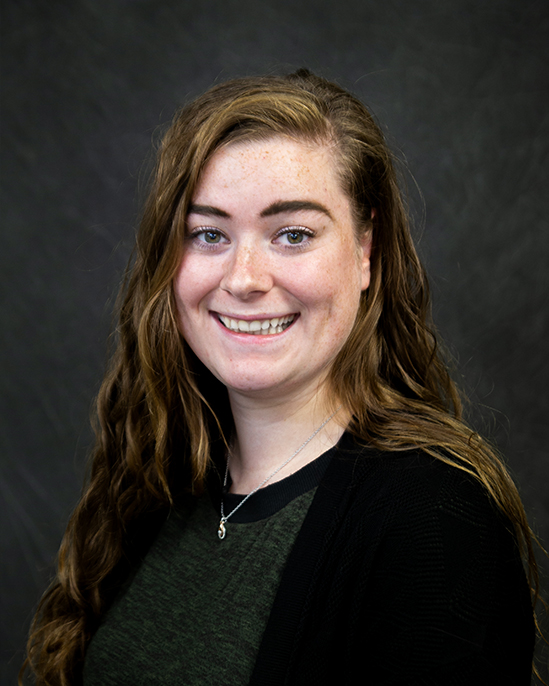 Mackenzie is passionate about finding creative inspiration from everything and everyone. She believes everyone has unique gifts and she likes to put hers--creativity, to use. She enjoys working in a positive workplace and loves that she works with some of the most talented and caring people. Mackenzie enjoys primitive camping and game nights with friends on her time off. Mackenzie has a B.S. degree in Photo-Illustrations and has over 8 years of experience in photography and design. 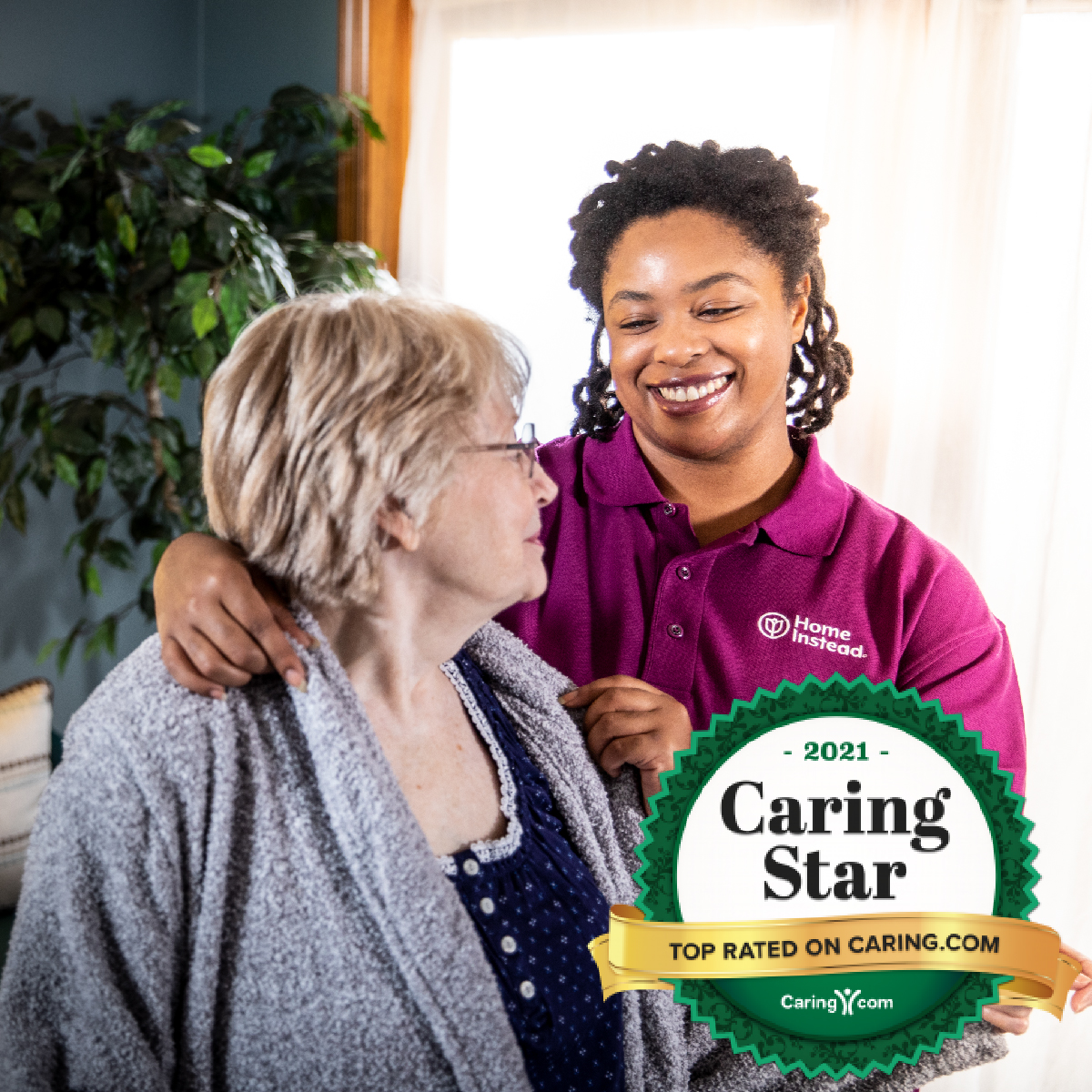 Our Care Professionals Are the Heart of It ALL

Our Care Professionals are residents of the Licking & Muskingum County area who are carefully screened, fully bonded and insured. Each takes part in our exclusive multi-phase training program. We place a high priority on matching our Care Professionals with our clients to help develop a bond that will foster independence, promote well-being and support the senior's needs with respect and dignity.

We employ over 220 professionally-trained Care Professionals.

Learn more about out Care Professionals.