At Home Instead®, our success revolves around the work of our Care Professionals – and we make sure they know it! We celebrate Care Pros year-round through: notes of appreciation, recognition in our employee newsletter, flowers, extra time off, and even impromptu office parties.

A standing ovation is considered the highest form of praise and recognition, taking applause to the next level. Each month, we celebrate Care Professionals who have gone above and beyond in their roles and lift them up with a Standing Ovation. We thank these incredible Care Pros for their dedication and service.

Do You Know Someone With A Caring Heart?

We all have that someone who is a natural born caregiver. If you know a friend or family member that would make an outstanding Care Pro, someone who would easily receive a standing ovation from Home Instead, please share the career opportunity - we’d love to meet them! 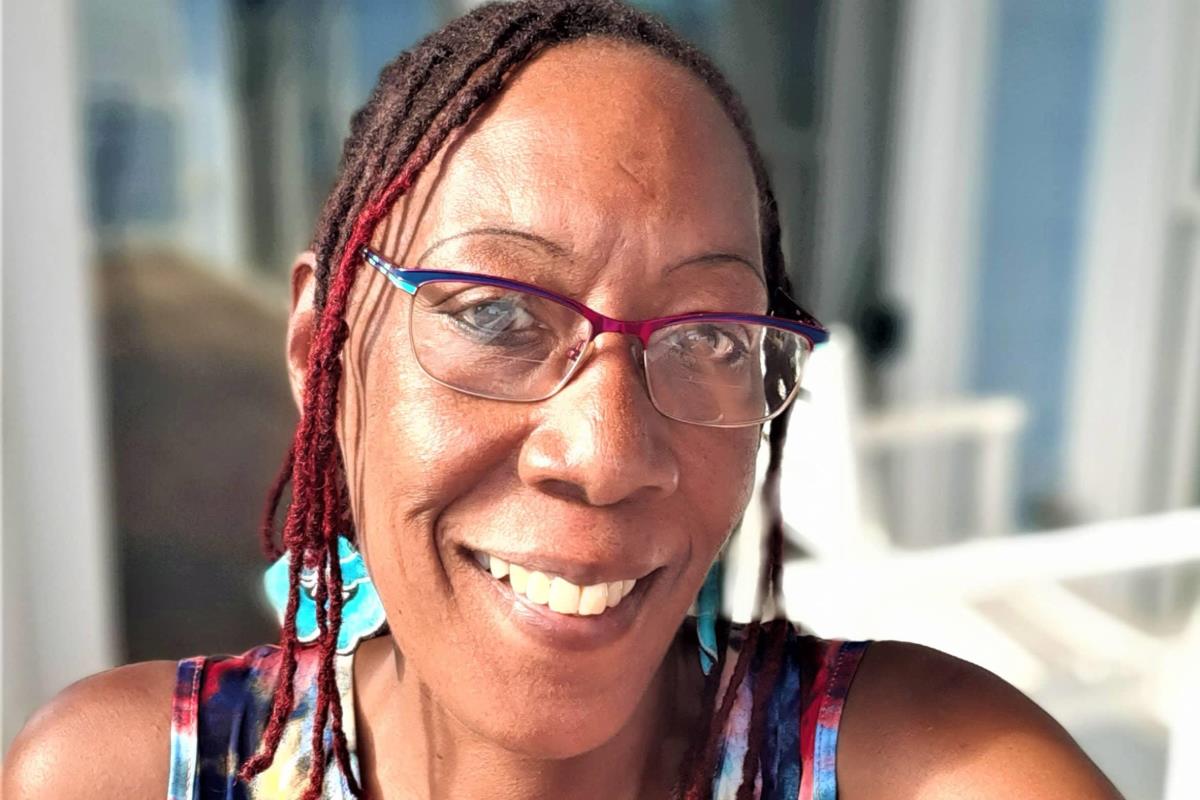 Angela - CAREGiver of the Month for May 2021

You can feel the mixed emotions of love, pride and sadness in Home Instead® CAREGiver of the Month Angela Rainey-Humphries’ voice when she recalls her family caregiving days that stretch back as far as 43 years ago. To Angela, it always has been personal.

When she was 17, Angela began pitching in to help her great-grandmother. “She was sweet and lived to be 103. She was forgetful with a few things, but she knew every family member. She moved out of her house at 80 and went to an apartment, where she spent about 20 years. Then she really needed the help at the end and lived with us family members the last three years. She was not sick – her body just wore out,” Angela said.

Angela’s maternal grandmother died in Angela’s arms at age 84. “She passed away three days before Thanksgiving in 1994. Holidays such as Thanksgiving and Christmas meant the world to her, and she transformed the home into something special during those times. On that fateful day, I had come inside after buying some broccoli, and she went outside to rake leaves. Before I could get back outside to help her, there was a commotion, and someone yelled that she had collapsed. I ran to her, and as I cradled her, the last thing she said to me was, ‘I’ll be OK.’ Within a day, she died at the hospital. It was a huge loss,” Angela recalled.

Angela’s paternal grandmother died June 18, 2018, at age 97, almost 20 years after Angela’s father had passed away. Angela’s father was her grandmother’s only biological child. The grandmother, who had worked until age 90, emotionally never got over her son’s death. “She suffered with that memory for 20 years and predicted her passing in the months before she died. She too was a grand lady. She retired from nursing and became a private-duty caregiver for a number of years before her long-time client died,” Angela explained.

Angela feels fortunate because her 81-year-old mother is getting along well while living alone in the Baltimore area. “When she needs help,” Angela promised, “we’ll do whatever it takes.”

Having accumulated a wealth of senior-care experience and having the urge to use it, Angela is making good use of empathy and skills as a weekend CAREGiver for the award-winning Philadelphia franchise owned by Steve Levin. Angela’s primary job is at a doctor’s office, where she is the office manager and a medical assistant.

“I don’t mind working weekends, including Friday nights. I live alone and have no obligations. When I come home, I have down time. I keep my weeknights open for recharging. It’s a win-win for me because I’ve built relationships with long-time patients at my doctor’s office, and I enjoy helping seniors,” said Angela, whose Home Instead CAREGiver of the Month honor for May was announced by Human Resources Manager Charlea Lyn Grieco.

Angela’s jobs always have been tied to helping others. Before joining Home Instead and the doctor’s office three months apart in 2017, she had worked for a cerebral palsy association for 13 years. But there was a change of management and pay structure, and most of the workers left. “We could have kept our jobs, but we would have been forced to take a pay cut. I was able to go back to school to become a medical assistant, and I joined Home Instead while I was taking those classes. For Home Instead, I worked evenings and weekends. When I was done with school, I went to work full time at the doctor’s office and kept my tie to Home Instead,” she said.

With Home Instead, Angela not only assists her clients physically, emotionally and spiritually, but she tries to help them maintain their independence as much as possible. While overseeing their activity and keeping them safe, Angela encourages them as much as possible.

She has been assisting a Parkinson’s client since July 2020. “I have worked with her to help her maintain her mobility at the very least and use her muscles as much as possible. The saying is, ‘If you don’t use it, you lose it.’ I try to get her to think about physical things. She needs exercises, but nothing too big or overwhelming. I am here for things she cannot do. But she needs to retain as much function as she can,” Angela said.

At the same time, Angela wants her client to be comfortable and get as much rest as she can.

“She had felt as if she had to get up at 6 a.m. sharp to take her meds, but she has a one-hour leeway, before or after 6 a.m. I let her sleep in for 20 minutes or more. I believe if you are able to live at home with the help of someone else, you should be able to live your life. If getting up at 6:30 a.m. is just as beneficial as getting up at 6 a.m. for meds, that’s what she should be able to do,” Angela said.

When challenges come, Angela is always ready. “It seems her Parkinson’s symptoms come in waves, and it can be discouraging for her. She can seem overwhelmed. We don’t want them to get the best of her. That is just how life is in general. That’s why a CAREGiver has to be a cheerleader at times,” Angela said.

It isn’t hard to see how Angela lives the Home Instead guiding principles of “Build Trust, Take the Lead and Share Your Heart.”

All Home Instead CAREGivers are screened, trained, bonded and insured. For inquiries about employment, please call (215) 925-4610 or apply online. For further information about Home Instead, visit our website.

At the heart of this position is the relationship between the Care Pro and the aging adult. Make a difference in someone’s life today.
Find Jobs Near Me