We believe every family in the area deserves tailor made in-home senior care with a compassionate touch. That's why we established Home Instead® of Santa Barbara, CA. Co-owners Mac and Susan have been leading the Home Instead Senior Care team in Santa Barbara County since 2002. Actively involved in the Santa Barbara Community, the Johnsons understand the unique needs of their clients and families. As part of the world’s largest network of independently-owned providers of care for seniors at home, Mac and Susan remain committed to helping older adults improve their quality of life in an environment of support and safety. With parents back in the Midwest, Mac and Susan have a unique understanding of caring for aging parents some distance away. Add to that six children and eight grandchildren, and Mac and Susan stay busy hosting a revolving door of family visitors. When not at work, you will often find Mac in the kitchen and Susan deep into her recent book selection. 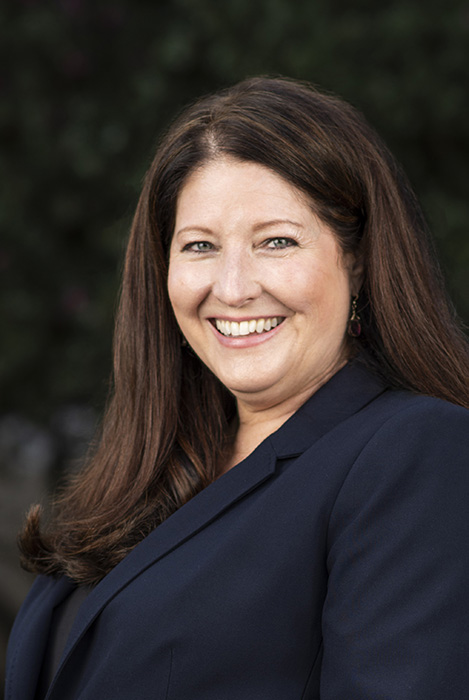 Marilyn brings more than 25 years of experience in the senior care industry and a diverse background in health care, program development and community education. She previously served as the Associate Administrator of a large Alzheimer's community in Ventura County. This experience gave her in depth knowledge into the needs of individuals afflicted with Alzheimer's, Parkinson's, Huntington's Disease, and Lewy Body Disease. Marilyn has assisted thousands of families over the years to identify the best care options for their loved ones. She understands the full spectrum of care options available for seniors to help accommodate the different needs and challenges of families and professional caregivers. Her professional connections along the Central Coast make her a valuable resource to assist families with all aspects of long term care planning. She understands that Home Care is personal and an opportunity to provide her clients with a better quality of life by understanding the interests and needs of each individual client, and taking the extra time to find the best possible matched care provider for each client. As executive director, Marilyn is overseeing the care of Home Instead clients to ensure they have the best care possible. This involves hiring and training the bet caregivers in the marketplace, maintaining an appropriate level of contact with clients and families, and utilizing other community resources when needed. Marilyn is currently a Board Member for The Central Coast Commission Area Agency on Aging and in her free time she enjoys spending time with friends and family, ethnic cooking and volunteering in the community. Karin joined Home Instead Senior Care in Santa Barbara County in 2012 after she and her husband had worked as on-site Managers for an Independent Living Retirement Community in the Central Valley of California. Prior to this she spent 15 years as an office manager for a Ranch Broker also in the Central Valley. They moved to Santa Barbara brings Karin back home as a ninth generation Santa Barbarian on her Mother’s side of the family. She and her husband have been married for 42 years and have two daughters and three granddaughters. Karin is also fortunate to be able to spend time with a special senior, her Mother who lives in the community. Karin volunteered for the Girl Scouts for 15 years when her girls were growing up and is a lifetime member of the Girl Scouts. She enjoys family time, walks on the beach, theater, ballet and baseball. She has enjoyed participating in Santa Barbara Old Spanish Days Fiesta, since childhood, and continues the tradition with her family. 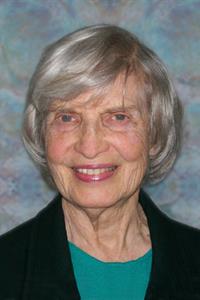 Jean joined Home Instead Senior Care as a CAREGiver in 2004, and later worked in the office. Service became a reoccurring thread in Jean’s life, beginning as a “Candystiper” as a teenager. After her children began school, she worked as a nurse’s aide at Cottage Hospital while studying to become a Licensed Vocational Nurse. While working in the Cottage Operating Room, she went back to school and received her Associate Degree in Nursing. Jean worked in eleven different specialties, including as a member of the open-heart surgery team at Stanford University Hospital in Palo Alto, California. In her spare time, she became an Amateur Radio Operator “Ham,” and worked as the radio contact for teams of physicians who were working in Central America performing surgeries and procedures. Jean’s interests outside of work include church activities, Ballroom dancing, singing, piano, ceramics, woodworking and making jewelry. Jean has since retired from Home Instead Senior Care but continues to be in our lives. 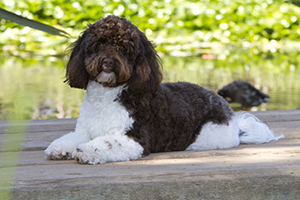 Cal is a seven-year old miniature multi-generation Australian Labradoodle. His color is a rare and beautiful dark chocolate and white “parti.” Although Cal loves to “party,” he is also a certified American Therapy Dog. Cal makes the rounds at Santa Barbara Cottage Hospital, Goleta Valley Cottage Hospital, Cottage Hospital Outpatient Surgery Center, Marion Medical Center. In addition to his regular schedule, Cal visits our clients, attends Senior Fairs and visits Marian Home Care and Hospice clients when needed. Cal has become quite popular with our clients and the patients, families and staff at his regular stops, and loves spreading joy wherever he goes. Watch for Cal as he makes appearances on Facebook in his travels around Santa Barbara County.

Your Home Instead team in Santa Barbara, CA possesses a heartfelt desire to work with seniors in the community. It is our ultimate goal to forge extraordinary relationships between our clients and their Care Professionals.