We believe every family in the area deserves tailor made in-home senior care with a compassionate touch. That's why we established Home Instead® of Plano, TX. 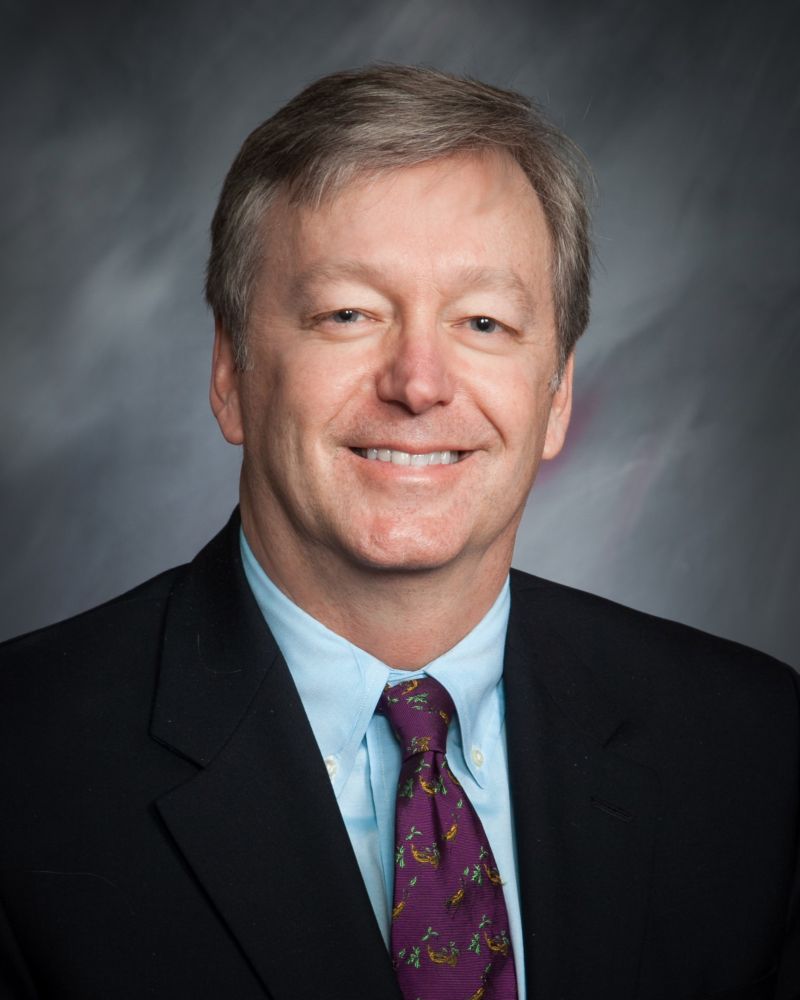 "I've been fortunate to achieve some success in my career including the turnaround of a company that went from bankruptcy to profitability, and then sold to General Electric. However, in 2014 I decided it was time to do something that would directly benefit the community I live in."

Since joining Home Instead, Todd has become very involved in helping seniors in the communities that he serves. He was recently the founding Chair of the Rockwall Chamber of Commerce Senior Services Alliance in Rockwall, TX. In 2018, he was selected to be on the Plano Senior Advisory board.

Todd chose this change in career path because of his personal caregiving experience with his Father, who battled Alzheimer's disease. "I was able to be there for my Father as he coped with his illness. Just as he took care of me as a child, I was able to be there for him in his time of need. This experience inspired me to get involved with Home Instead and lead a team of caring, compassionate caregivers that deliver the same level of care to our local seniors as I did for my Father."

Todd holds a Master's Degree in Business Administration, with an emphasis in marketing. Todd is married with two grown boys, Matt and Tim. His wife Elizabeth is a Biology Professor at Collin College and is as passionate about animals as he is about Home Instead Senior Care. She is on the board of several animal advocacy organizations and volunteers at the Plano Animal shelter just about every weekend. As you would expect, they share their home with several "rescue" animals including their dog Tyrion, and a precocious cat, Sugar Smack 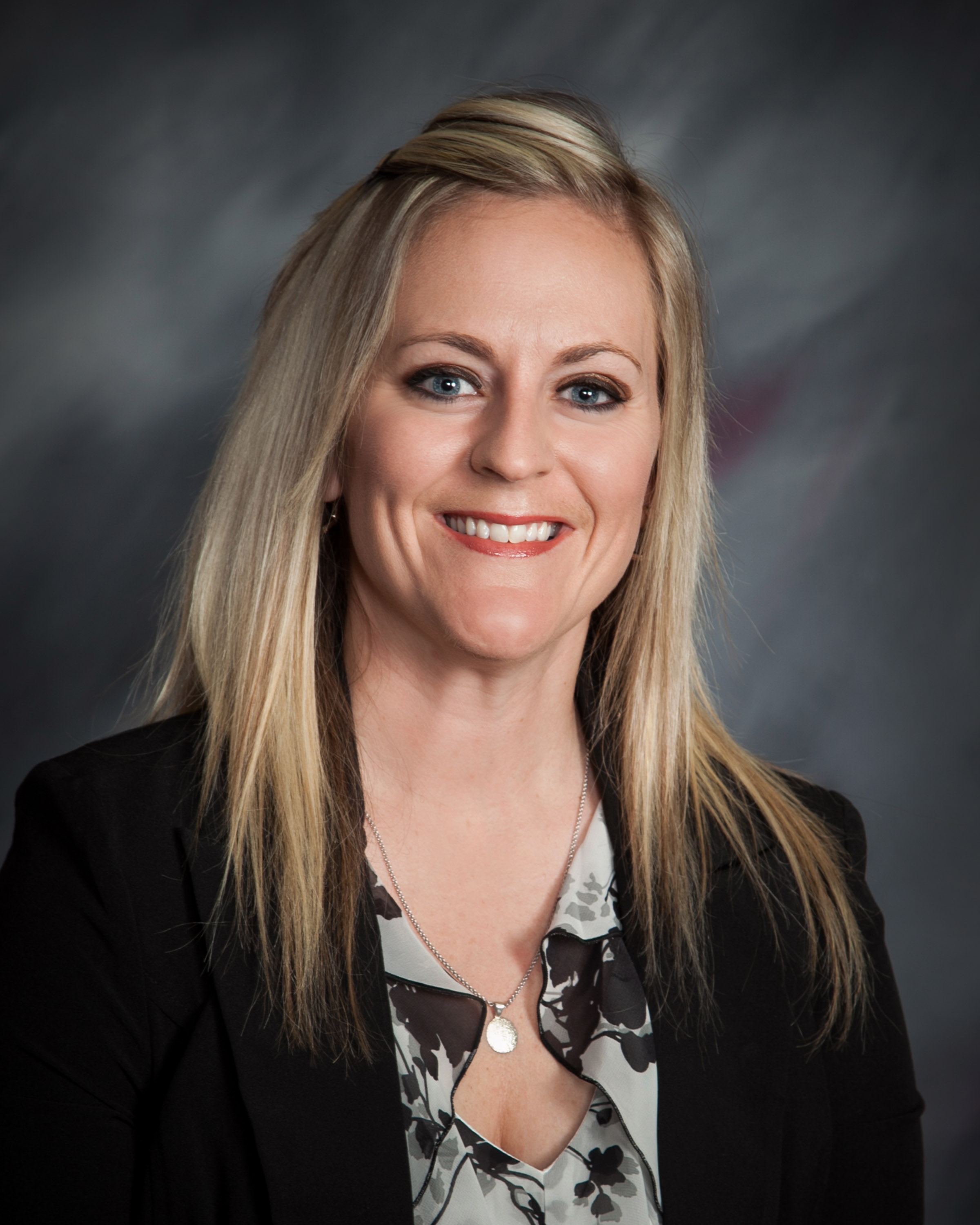 Leslie began her career with Home Instead Senior Care in 2004 as a CAREGiver. Since then she has served in several key business capacities before assuming a leadership role in client care and business management. She works with Home Instead clients and their families to coordinate, manage and facilitate exceptional care. Her goal is to improve the lives of senior's, while helping them maintain their independence and dignity in their home environment.

Leslie has a Bachelor's degree in Psychology from Texas Tech University and a Master's degree in Business and Health Systems Management from Texas Woman's University. Leslie and her husband, Adam, have a son named Garrison and a daughter named Adelyn. Leslie and Adam have been married since 2004. Leslie enjoys watching her children learn and play sports. Garrison is involved in soccer and Adelyn enjoys gymnastics. 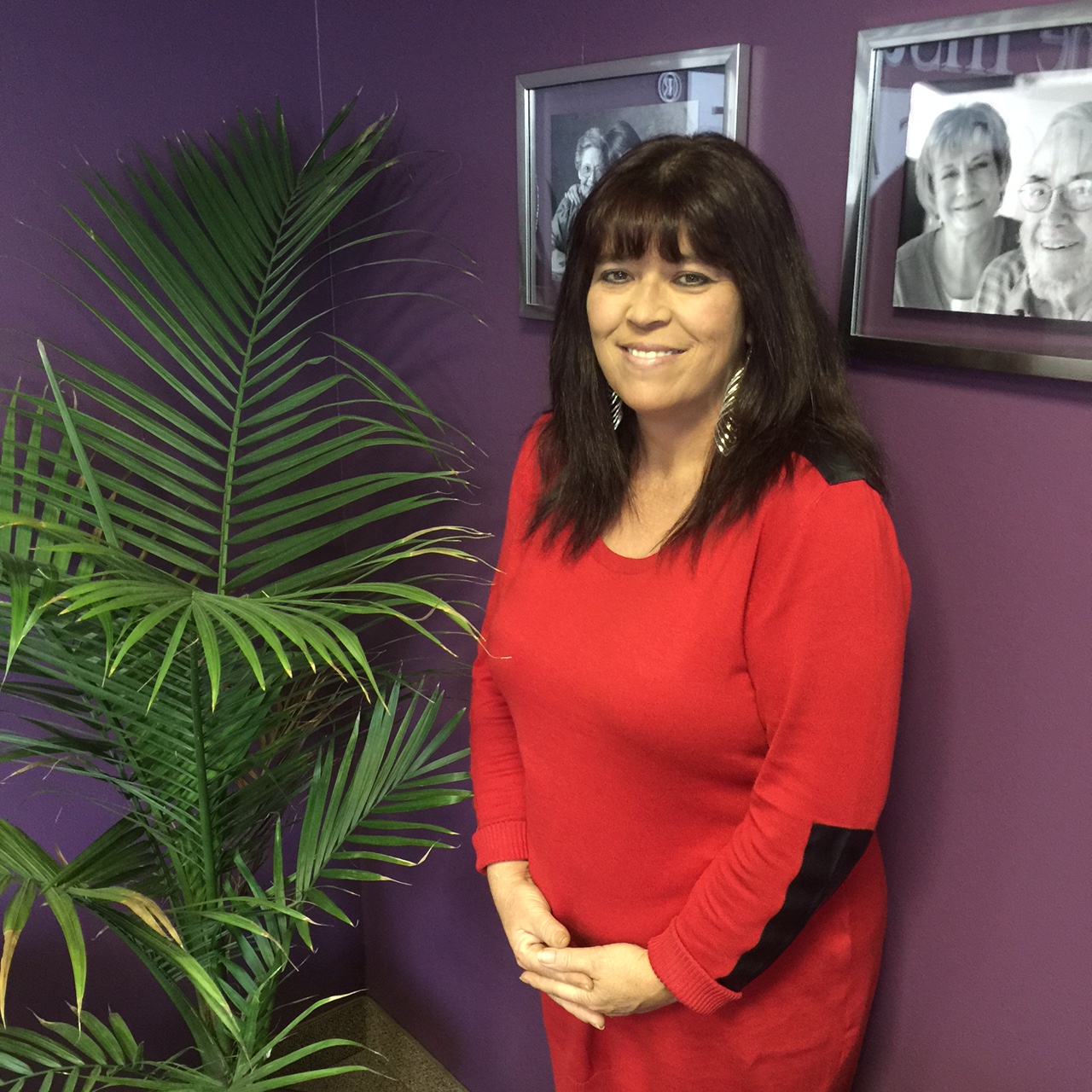 Kelly first joined our Home Instead family as a Caregiver. After just a few short months of delivering exceptional care, Kelly quickly joined our office staff as our Administrative Assistant. She was recently promoted to her current responsibility as Scheduling Coordinator. "I really enjoy working closely with our clients and our caregivers to ensure that we've got a 100% match. I work hard to align the personality of the client and family with the caregiver first, as that is the basis of care. Once the caregiver establishes a trusting relationship with a client as a foundation, they are in a good position to provide exemplary care. Bottom line, I love working with people, and this role gives me the opportunity to work with our awesome clients and fantastic Caregivers on a daily basis."

A home grown Texan, Kelly is very family oriented. In her spare time she likes to spend quality time at home with her children and grandchildren. Kelly is known to whip up a mean treat in the kitchen "An Apron is just a cape on backwards". 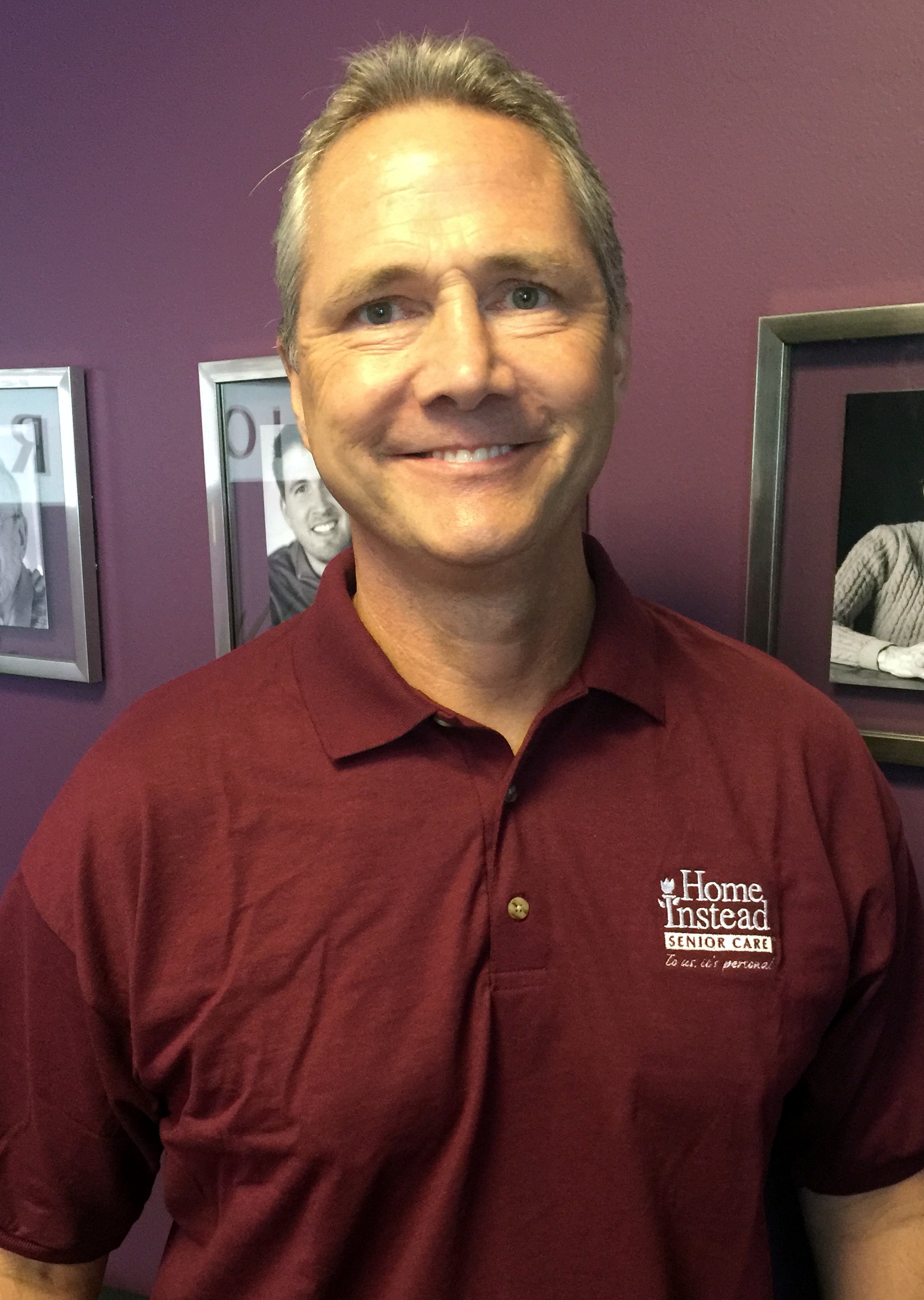 Jay has cared for seniors in different roles throughout his life. As a youth, he enjoyed working at the local senior community and as an adult he spent years caring for his aging parents. Jay truly values a family's desire to keep their aging loved-ones at home where they are happy and comfortable. Home Instead allows Jay to pursue his passion as a full-time career.

Jay owned a recruiting company for over 20 plus years and has a Bachelor's Degree in Management. He and his wife, Darla, have been married for over 30 years. Darla works for a large, local church helping families with their Special Needs children. They have two daughters; Molly has her master's degree from Texas A & M and works for a big four accounting firm. Maddy is a Senior in high school and plans to go to college locally. The family has two rescue dogs, Buddy and Gidget. Jay's family is very involved in serving families with special needs children and volunteering at their church. Jay spends his free-time with his family, watching sports, exercising, and playing golf with his friends. Diana's passion to work with seniors comes from her personal experience she had caring for family members over the past 13 years with two of those years as a CAREGiver with Home Instead Senior Care. Although she loved the time she spent with several of our clients, she has always aspired to join the Home Instead office team. This gives her the opportunity to help more clients, families and CAREGivers.

Prior to joining Home Instead, Diana ran several successful businesses. She likes to spend her free time with her family of five children and ten grandchildren. She loves cooking, baking, needlework, quilting and relaxing on the south porch enjoying the sweet breeze.

Rachel developed her affinity for helping others when she began working for the Crohn's & Colitis Foundation. She witnessed the impact chronic disease had on patients and their caregivers. This paired with helping her family care for her grandfather made her certain her mission was to help people in their time of need.

Rachel attended the University of North Texas, where she received her bachelor's degree in public health. She was born and raised in New Jersey with her five siblings. She has lived in Texas for over a decade now and loves it. She enjoys spending quality time with family and friends, watching football, and going to the beach. 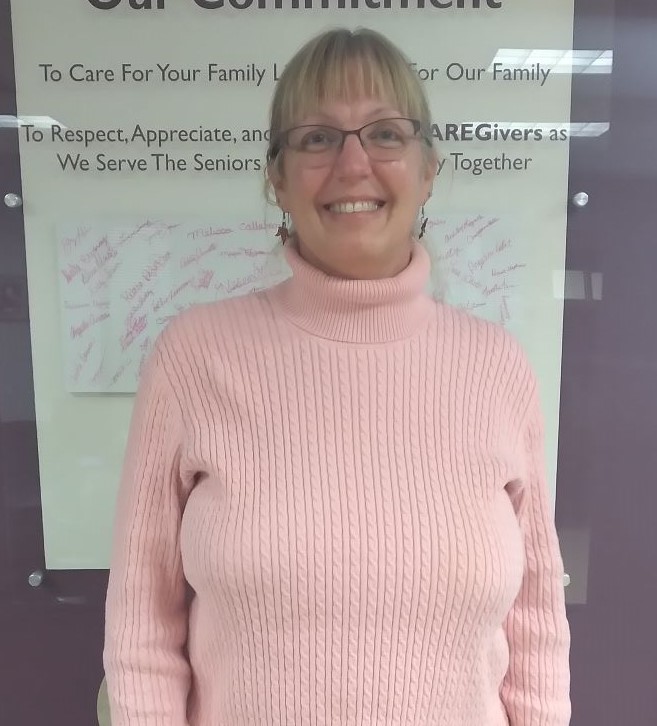 Garnet joined our office in October 2020 as a scheduling Coordinator. She will be working with Kelly to schedule wonderful CAREGivers with our amazing clients. Garnet has a bachelor's degree from the University of North Texas in business and a background in merchandising. She decided to make a significant change in her career after spending the past 10 years overseeing her parent's care. She realized the importance of caregiving in the home and the growing need of caring for the 'Silver Tsunami' that is upon us now. Garnet has had several family members who have suffered from Alzheimer's and she is involved with a caregiver support group and has participated in the Walk to End Alzheimer's over past several years. After losing her mother to this disease, she has been overseeing the care of her father who has lived in several assisted living facilities, and she can appreciate the need for families to keep and care for their loved ones at HOME instead. "I plan to learn as much as I can to help families find the best suitable CAREGiver for their loved one and hope to ease their minds of some of the stress they go through during this journey."

Garnet enjoys joking around with her father and seeing him laugh, relaxing and swimming at home with her husband Mark, rooting for their favorite college football teams and soaking up some sun in St. Marten once a year. Garnet has two adult sons, Austin and Wesley who also graduated from UNT. Austin works for the UNT Athletic department and Wesley is pursuing further certificates to add to his degree in Analytical Science. 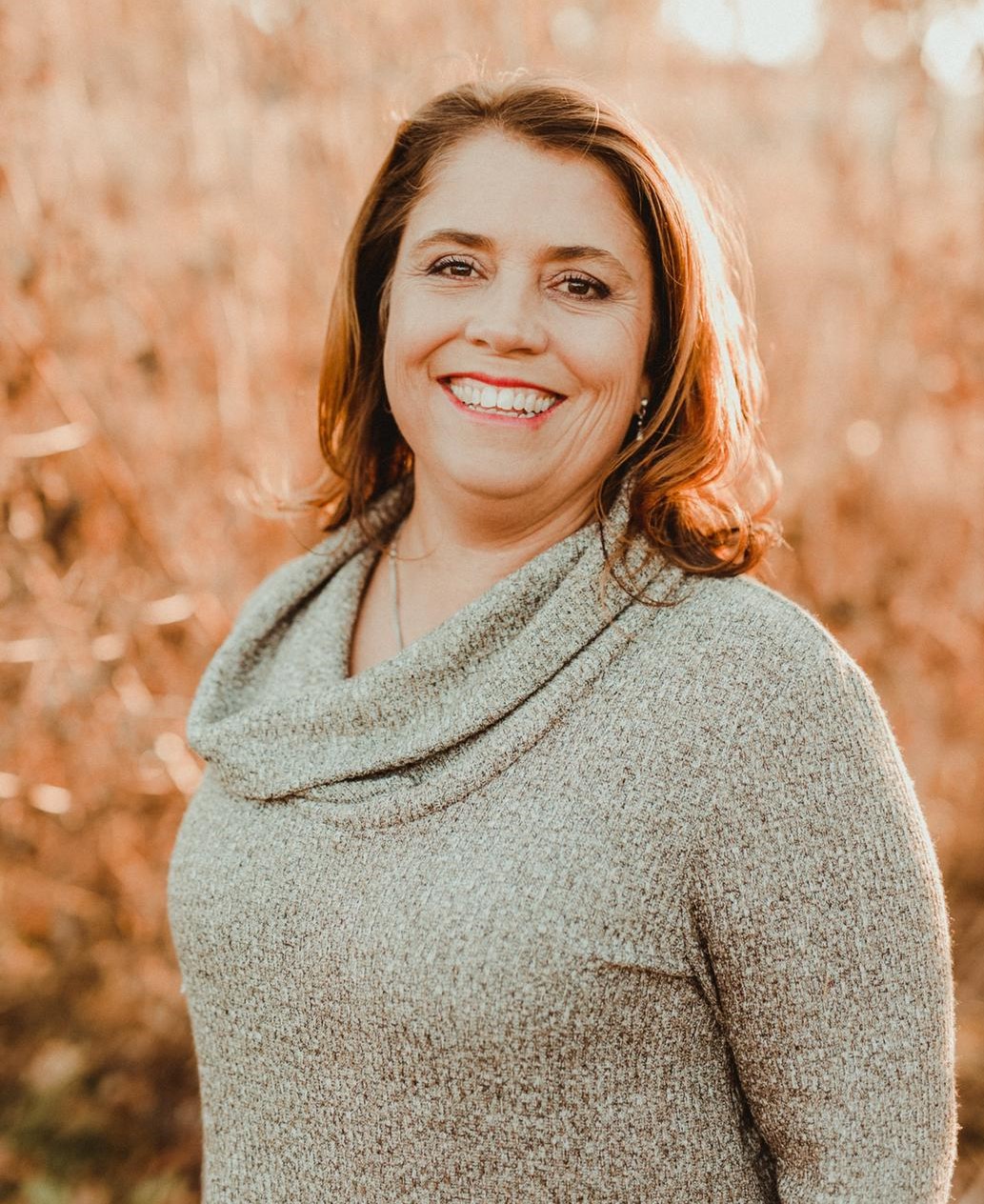 Caring for others is the common thread connecting all of Londa’s professional and personal life.  After teaching middle school for several years, Londa returned to school to become a Physical Therapist.  She truly enjoyed helping people return to their normal mobility and strength as a PT.  Over the years she also became the primary caregiver for her mother-in-law and later her mother as they struggled with COPD and other illnesses.  Prior to joining the Home Instead family, she ran a small business for over seven years.

Londa has a bachelor’s degree in Secondary Education from Mississippi State University and a bachelor’s degree in Physical Therapy from Georgia State University.  She has been married to her husband, John, for over 30 years, and they have four children.  Two are now adults, and two are teens at home.  The whole family enjoys volunteering at their church and leading worship or small groups for elementary aged children.  Londa also enjoys baking sourdough bread, acrylic pour painting, yoga, and walking her three dogs with her husband.  Over the years Londa has learned that caring for others, especially an aging loved one, can be hard, but it is one of the greatest privileges of our lives.

Your Home Instead team in Collin County possesses a heartfelt desire to work with seniors in the community. It is our ultimate goal to forge extraordinary relationships between our clients and their Care Professionals.