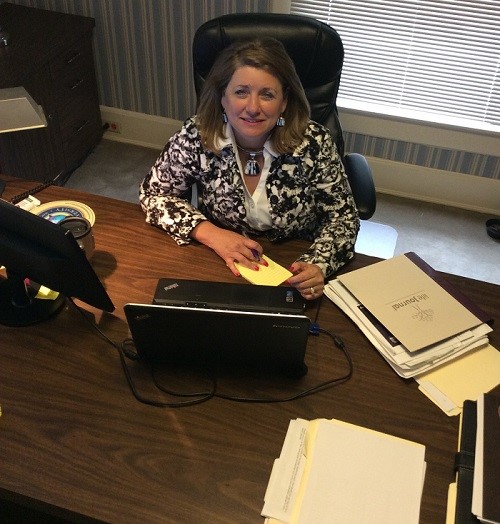 Dana Kortokrax is the Owner and President of All God’s Graces, Inc., dba Home Instead Senior Care of Northwest Ohio with offices across northwest Ohio. As a graduate of Bowling Green State University, Dana began her career in Chicago with Richardson-Vicks, Inc. and then moved to Cincinnati to work at Proctor & Gamble (P&G) when they purchased the company three years later. Dana’s career included domestic and international executive roles in sales, marketing and business development.

After 25 years and ten relocations including three world continents, Dana decided to put down stronger roots in Colorado. She traded in her Fortune 50 briefcase for a store front in the mountain resort community of Estes Park, Colorado. She spent the next eight years enjoying life as a small business owner and enjoying watching her three oldest children attend college and her youngest daughter graduate from high school in the spring of 2014. When her daughter decided to attend Ohio State University in Columbus and she had the opportunity to purchase two Home Instead Senior Care franchises in northwest Ohio, including her hometown area of Putnam County, her husband and her knew it was time to go “home”.

Since she was a young girl and did volunteer work at local nursing homes, she had a personal passion to be a part of changing the face of aging. Then when her mother was diagnosed with Dementia disease that passion was rekindled and she knew she wanted to be a driving force for making reliable, affordable and customizable senior care available wherever a senior called home. Dana is now the Owner and President of All God’s Graces, Inc. Her oldest son, Ryan, a Captain in the Army now commanding forces in Kuwait and Jordan plans to join her in this endeavor sometime in the near future to expand operations with emphasis on Veterans programs and an Alzheimer’s Legacy Care program.

With her proven, results-oriented track record and success with building strong, spirited organizations, she has received numerous executive accomplishment awards, been a featured presenter at CPG industry conferences, been published in the Harvard Business Review and contributed case studies to Europe’s INSEAD Executive Business Management Program. However her greater joy and passion is for the work she does now to increase awareness among seniors of their rights and opportunity to insist on controlling their own destinies and changing the face of aging across northwest Ohio. Diana joined Home Instead Senior Care in January of 2015, as the Director of CAREgiver Services. Diana's responsibilities at Home Instead include hiring and training quality CAREgivers to insure that our clients receive the best care possible. Diana has over 30 years of experience working with families; listening to their concerns and assisting them in finding solutions for their concerns. Diana is a Licensed Social Worker and holds a Master's Degree in Counselor Education. Ensuring that Seniors have the care that they deserve is very important to Diana; as she and her family have been blessed with wonderful parents, grandparents, aunts and uncles who have instilled in her the importance of "taking care of one another". Outside of work, Diana enjoys spending time with her 6 children, husband, and extended family. 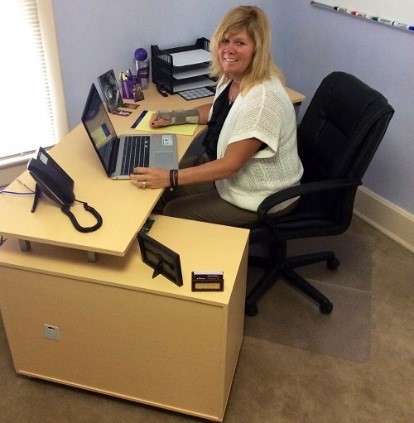 Kim started with Home Instead Senior Care in February of 2014 as the Client Care Coordinator. Some of her job duties include: coordinating care for new clients, conducting quality assurance visits, and engaging with the community to build awareness about Home Instead Senior Care. Kim brings 9 years of experience taking care of senior citizens, especially Alzheimer's clients, to the leadership team. Kim believes that growing up around her grandparents is what inspired her and gave her the passion for the work she completes at Home Instead Senior Care. Kim received her Associates degree in Nursing (LPN) from Brown Mackie College. Kim currently resides in Tiffin, Ohio. Outside of work, Kim enjoys spending time with her three children, grandchildren, and fiancé, coaching and playing softball, and riding her Harley with friends. 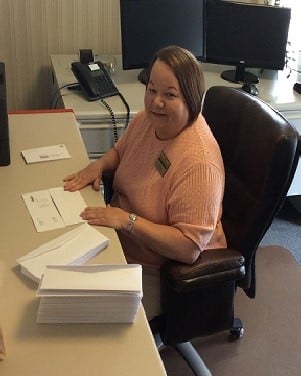 Pat joined the Home Instead Senior Care team in March of 2012 as an Administrator. As an Administrator, Pat handles billing and payroll, office paperwork, and answering and transferring phone calls. Pat is sympathetic to and enjoys the work done at Home Instead Senior Care because of her mother's 12 year battle with dementia. Pat received her Master's in Business Administration from Mt. Vernon Nazarene University. Pat has lived in the country outside of Elida, Ohio for 31 years. Outside of work, Pat enjoys spending time with her three sons, thirteen grandchildren, eight great grandchildren, and husband, gardening, reading, and listening to gospel music. 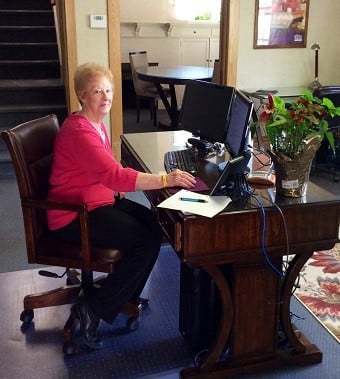 Nancy joined the Home Instead team in December of 2004. Initially, Nancy worked as a CAREGiver. After approximately 2 years, Nancy was moved into the office as the Administrative Assistant. As an Administrative Assistant, Nancy assists other Leadership Staff members in completing CAREGiver and Client tasks. Nancy received her High School Diploma and took college level classes at Ohio State University. Nancy currently resides in Lima, Ohio. When not working, Nancy enjoys spending time with her family, working in her yard, cooking, and being actively involved with her church.

Your Home Instead team in Lima, OH possesses a heartfelt desire to work with seniors in the community. It is our ultimate goal to forge extraordinary relationships between our clients and their CAREGivers.