We believe every family in the area deserves tailor made in-home senior care with a compassionate touch. That's why we established Home Instead® of St Paul, MN. Jim Pitzner is the owner and President of the Maplewood and Mendota Heights franchise offices of Home Instead. Jim’s early experience being a CAREGiver in an Alzheimer's and Dementia facility while attending college at the University of Wisconsin- La Crosse made a lasting impression on him. It was during that time that Jim developed a passion for serving aging adults and is ultimately what led him to becoming a franchise owner for Home Instead. Jim's career has included sales and marketing experience as well as owning his own E-Commerce business for over 10 years.

"I believe strongly in providing excellent service to aging adults in our community. At Home Instead, we are committed to helping aging adults maintain their independence and quality of life with compassion and integrity."

Jim enjoys spending time with his wife Sarah and two sons Cole and Drew.​ He also is the owner of two very large (and furry) Maine Coon cats. Lisa started her career with Home Instead as a CAREGiver in 2007. Just a few months later Lisa moved into a Lead Recruitment Coordinator position where for many years she enjoyed managing a team in recruiting, hiring, training and support of CAREGivers. In July 2014, Lisa transitioned into the finance side of Home Instead as the Accounting Coordinator and now more recently into the role of Finance Manager in 2021. Lisa received her Bachelor’s Degree from Bethel University.  Lisa was very close to her grandparents and from a young age knew that she wanted to work with older adults.

Throughout high school and college Lisa worked in assisted living facilities as a dietary aide and an activities coordinator.

Lisa enjoys being a part of a fun team of coworkers at Home Instead and appreciates working for a company whose values align with her own. Outside of work Lisa enjoys exploring new restaurants with her husband, activities with her church, cooking, traveling, trips to the north shore and making memories with her closest friends and family. Penny joined Home Instead in June 2018 as a Home Care Consultant. She has degrees in Marketing, Organization Management and Communications with a certification in Medical Device and Pharmaceutical sales. Since she was fourteen and volunteered as a Candy-striper at her local hospital, her passion has been senior advocacy in Healthcare.

At Home Instead Penny appreciates the genuineness and drive of her coworkers. She believes everyone is important for a mission to be successful. She’s also proud to represent a company that truly delivers on what they say they will do and continues to strive to be the best in the industry.

When Penny isn't working, she enjoys spending time with her adult children, hiking for waterfalls with her rescue dog Brick, doing home improvements and taking trips to see family and friends. 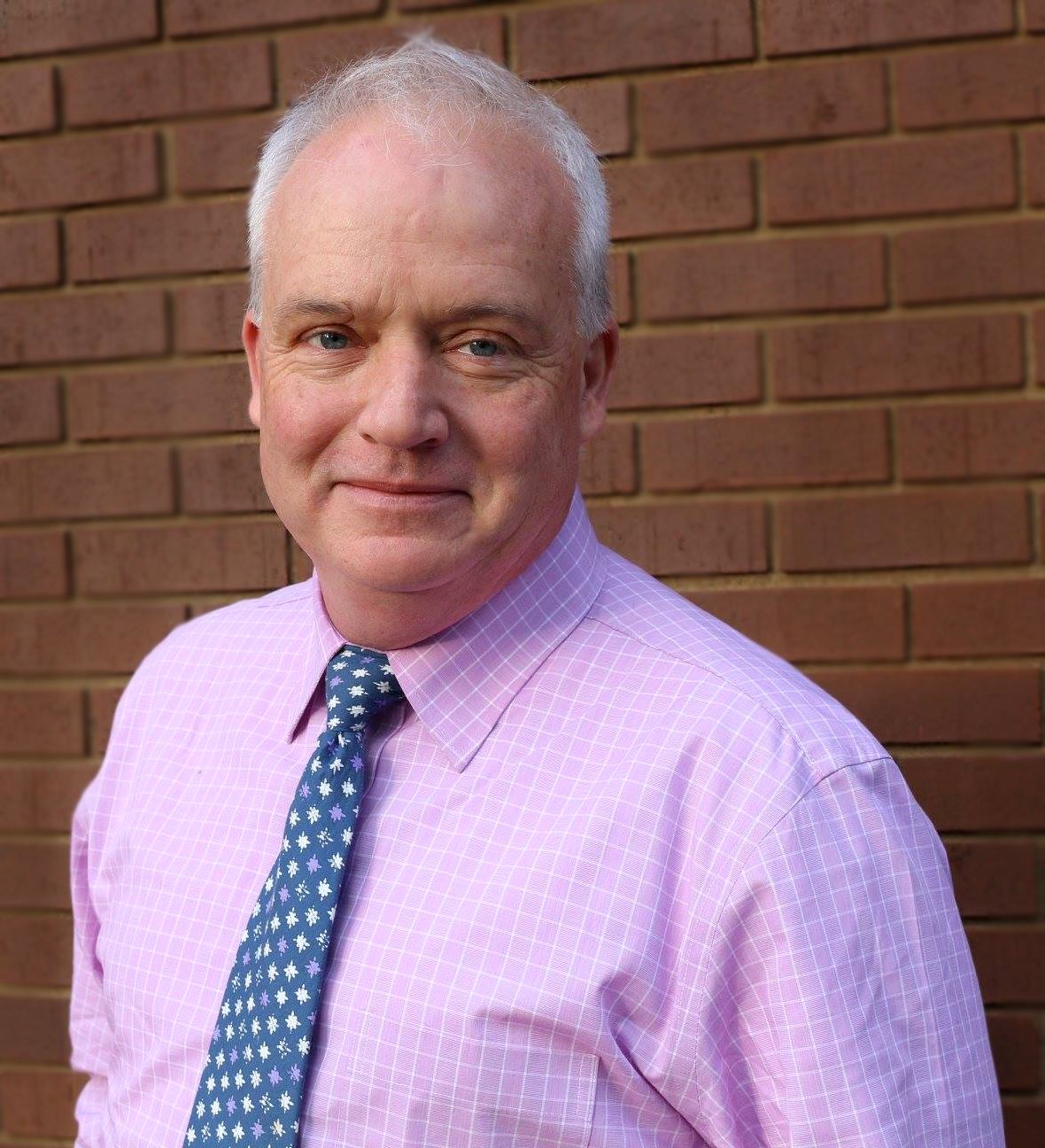 James joined Home Instead in January 2015. He serves as a Client Care Coordinator and previously served as both a CAREGiver and an On-Call Coordinator. James loves getting to know our clients so he can help coordinate quality, personalized care.

Some of James's duties include meeting with potential clients and families to discuss their needs, developing care plans, providing CAREGiver introductions and Quality Assurance visits, and working with other team members to coordinate care.

Prior to joining Home Instead, James worked as a market research analyst for an independent market research firm, and he managed a small cabinet and millwork production company. He is a graduate of St. John’s University in Collegeville, MN.

James and his wife, Martha, have three grown children and love travelling, the outdoors, and music. On any given evening, you may find them at local night club listening to obscure, alt-country music. In the summer, James coaches sprint kayaking for a non-profit youth organization he founded in St. Paul. Vickie joined Home Instead in 2014 as a Client Care Coordinator. Some of Vickie’s duties include meeting with potential clients and families to discuss care needs, working closely with our Staffing Department, providing Quality Assurance Visits and Phone Calls, client and CAREGiver introductions, updating CAREGivers with change in clients care needs along with keeping clients assessments updated.

What Vickie enjoys most about working at Home Instead is meeting with Seniors and their families and sharing information about Home Instead and the care we provide.

Prior to working with Home Instead Vickie was a sales representative for a custom manufacturer producing many kinds of ornately decorated handmade presentation covers and loose-leaf binders. When Vickie is not working, she enjoys spending time at her cabin, training her St Bernard Rudy to someday become a therapy dog, playing with her 5 grandchildren who bring overwhelming joy to her, traveling and road trips with friends, gardening and finding time to relax! 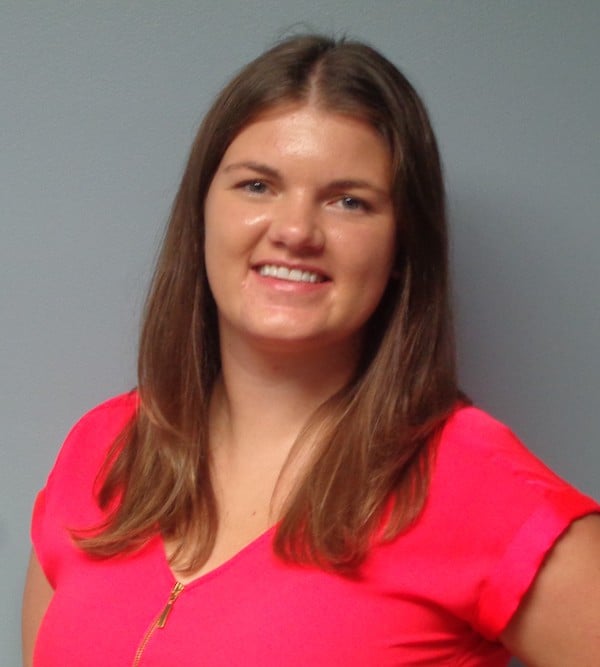 Nicole joined Home Instead in April 2021 as a Service Coordinator. She went to college at Winona State University for her Therapeutic Recreation degree and developed a passion caring for others.  After graduating, she became a Caregiver at a group home and later became a Program Manager.

Nicole enjoys working for Home Instead because she values the importance of caring for our seniors and providing them with the opportunity to remain as independent as possible. She values the knowledge and life experiences seniors can share and teach to others.

Nicole has a fiancé, a step-son and a golden retriever that she enjoys spending quality time with, along with all her extended family and friends.  She also enjoys traveling, going on walks, eating out, going up north, attending sporting events and going to concerts. Jamie joined Home Instead in April, 2019, as a Caregiver and On-Call Service Coordinator. Jamie attended St. Paul College and worked in public service for close to 40 years in Human Resources. Upon retirement, she joined the Home Instead Family – Best Retirement job ever!

Jamie loves helping Seniors stay independent and getting them the help they need to stay active, happy and safe. Working with seniors is a passion and a joy for Jamie. At the end of the day, it is all about helping others. 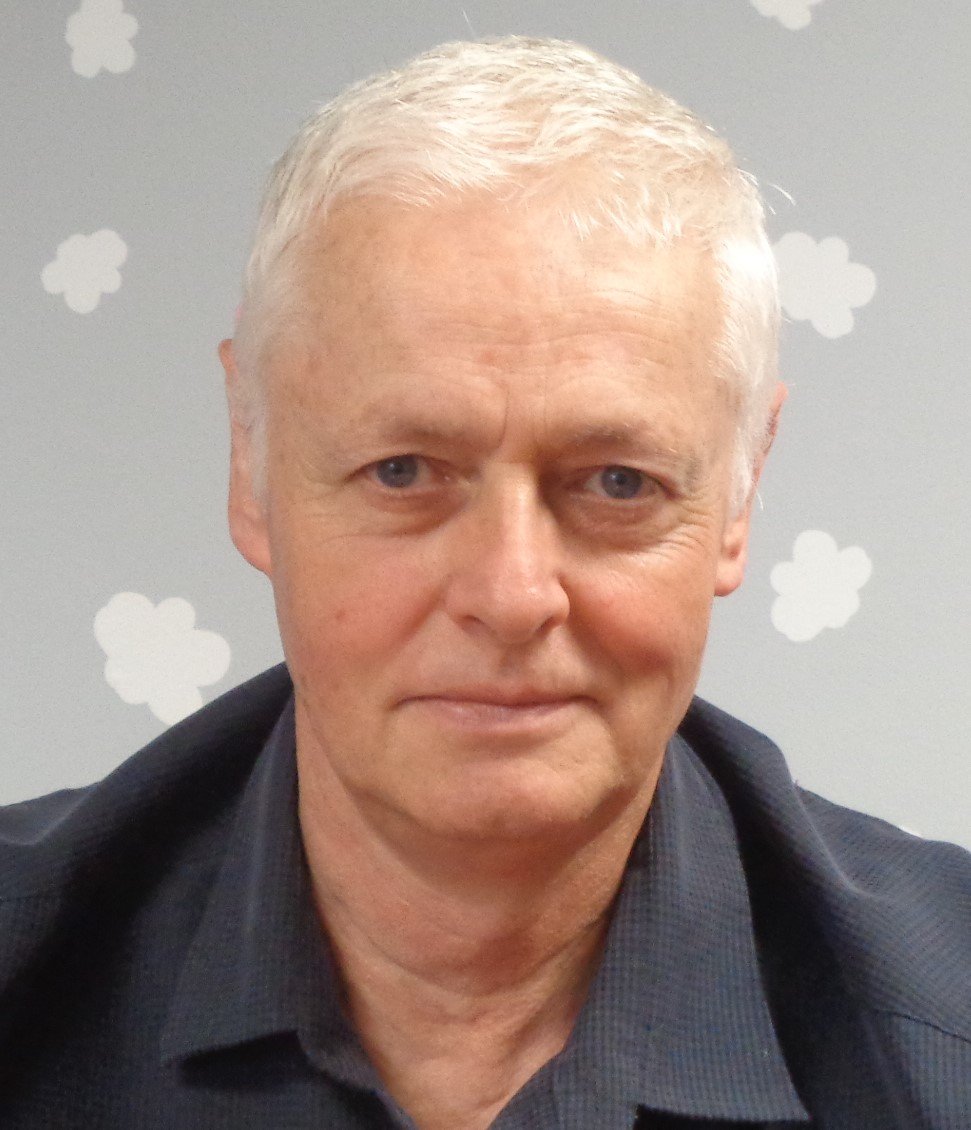 Nick joined Home Instead in August 2007 a couple of years after moving to the United States from the UK.  Nick had lived in the States before, in Washington DC and later in Marin County California, but now calls Minnesota his home.

Nick holds a National Diploma in Horticulture from Hertfordshire College of Agriculture and Horticulture, St Albans, UK.  Before joining Home Instead Nick worked most of his life in the horticultural industry,

and from 1987 – 2005 I was a Partner and Sales Director in a Nursery just outside London.  That job used to take me to France, Holland and Italy on plant buying trips.  I saw a lot of nurseries and a lot of good food!

As the Retention & Engagement coordinator Nick loves supporting and encouraging our CAREGivers; to see CAREGivers grow in their role and serving our clients to the best of their abilities is truly rewarding.

Nick loves the detail orientated part of his job: running reports, chasing for documentation, and ensuring policies and procedures are followed.  He also enjoys the social aspect of his job; his co-workers and interacting with CAREGivers.  Nick was a CAREGiver for a year when he first joined Home Instead, so he feels he can relate to the challenges and rewards of the position.

“My own parents are older now, and over the years Home Instead has given me an insight into aging and how to deal with seniors, that I would not have been aware of.” Laura serves as one of our Training and Engagement Coordinators. She joined Home Instead in 2015 as a CAREGiver and moved into her current position in 2021. Prior to that she had hired Home Instead to help with her mom after a recommendation from Mayo clinic. Introducing her to the distinctive care of Home Instead.

Laura has a Bachelor of Social Work, with a minor in business and psychology. She also attended Luther Seminary in the MDIV department. She started her career as a social worker in a program/shelter for teens. She also opened her own homecare business in which she served seniors, until she was called into ministry. Laura served as a children’s minister for 20 years. Training hundreds of volunteers, parents, kids, and staff over the years, with monthly training/teaching events.

“What I love most about working for Home Instead is our clients!!! Getting to serve them is not work its pure joy. The whole team here puts them first! I also love the team atmosphere where there is always someone here to help, listen, partner, and train.“

Laura loves to read, spend time with family and friends, be on her pontoon, and volunteer. She and her husband Todd have a daughter, Amber and a “grand dog” Bella, who they really enjoy spending time with. Lyn joined Home Instead February 2013. She started as a Caregiver and eventually split her time working in the office assisting in the Recruitment Department. She is now the full-time Receptionist.

“I enjoy talking with Seniors and in general helping people. I enjoy my work at Home Instead, it’s a wonderful company to work for. “

Lyn has a 2 year degree in Legal Administration. She enjoys reading, cooking/baking, walking, movies, cross-country skiing, being at the cabin in Ely, spending time with family, friends, and most of all her son, Blake who is stationed in Japan in The U.S. Navy. Deb joined the Home Instead team in August of 2019 as Home Care Nurse Manager.

Her nursing experience expands from Pediatric to Geriatrics since 1984 when she graduated from St Mary's in Minneapolis.

Working for Home Instead provides her the opportunity to work closely with the senior population who she holds a special place in her heart for. Working with others who share the same philosophy is an added bonus.

Deb loves spending time with her five children, their spouses, and her 13 grandchildren. She has a dog, enjoys vacationing in Mazatlan, reading, Netflix, and Sunday family dinners. Leslee spent 30 years in the Insurance field as a Business Analyst before going into the retail Liquor business where she spent 12 years as Store Director for Cub Liquor.

She attended Bemidji State College majoring in History. Her hobbies are golf, reading and enjoying spending time with family, friends, and her rescue dog Bella.

Randee became a CAREGiver with Home Instead in 2011 and has been serving as the On Call Service Coordinator since 2013. She enjoys the many opportunities this role provides to assist and support CAREGivers, clients, and families outside of business hours. Randee has always enjoyed assisting people and has served as a teacher, student life administrator, and a caregiver.

Randee has a BS in Chemistry and a MA in Higher Education but has learned even more from her interactions with people and their stories. Some of Randee's favorite storytellers include her husband, four children, and very expressive chocolate Labrador.

Your Home Instead team in St Paul, MN possesses a heartfelt desire to work with seniors in the community. It is our ultimate goal to forge extraordinary relationships between our clients and their Care Professionals.