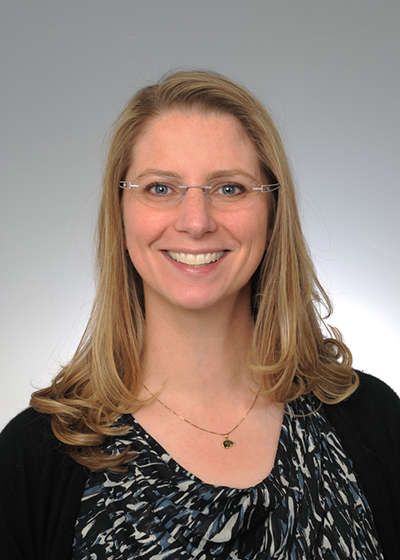 Stacee Frost Kleinsmith's core beliefs coincide precisely with her life's work as the franchise owner of Home Instead Senior Care® of Anchorage. Her goal of helping area seniors remain in their homes by providing skilled care, love, compassion and dignity lines up with two of her favorite Bible verses in the New Testament book of Galatians, chapter 5, verses 22 and 23.

"I was raised to work hard and to strive to honor God in everything I do," said Stacee, who was born and raised in Anchorage. "If I do that, the rest will follow. My personal inspiration – like two of my favorite verses – is remembering that the fruits of the Spirit are love, joy, peace, patience, goodness, kindness, gentleness, faithfulness and self-control."

Her love for seniors and deep desire to help them was on display as a family caregiver when she began taking care of her grandparents while she was attending Penn State University. Her grandfather lived for 10 years after a stroke. When her grandmother died two years after her grandfather passed away, she came home to Alaska and opened her Home Instead office.

Home Instead and four other agencies were the founding members of the Alaska Chapter of the Home Care Association of America. "We are collegial in the market space," Stacee points out. "There is such a need for service in the community, and each company serves a particular niche. Home Instead does not try to be all things to every family. But what we do, we do very well. We are Alaska's most trusted source for non-medical in-home care for seniors."

Stacee, who is married, has two dogs; a Belgian Tervuren and a Russell Terrier. An avid bow hunter, Stacee is very supportive of the Becoming an Outdoors Woman events hosted by the Alaska Department of Fish & Game.

Stacee Frost Kleinsmith can be reached at stacee.frost@homeinstead.com.​​​​​ Assistant Morale Manager Freddy was recruited to Home Instead Senior Care® from his native state of Vermont, for a job placement that did not include an interview. Not that Freddy plans to use them anytime soon, but he likes to point out he has a lot of Alaska Airline miles (3,200) to his credit.

Recalling his memorable flight, Freddy said: "I'm apparently too big to fit under the seat, so I flew with the other big dogs – I felt very special to be with the big dogs and not stuck under some seat like the little dogs."

Freddy concedes that he learned everything he knows from the first Lead Morale Manager: Gunner. "As Gunner was getting older, the Home Instead Senior Care franchise owner Stacee Frost Kleinsmith, who is also known as 'my mom,' wanted a young Belgian Tervuren to watch and learn from 'The Morale Department Expert' and all-around good dog," Freddy said.

Among his job responsibilities, Freddy lists "being happy to meet and greet people, and also read their minds and discern whether they want to play or if they just want to pet me." Freddy notes he is big enough that when he stands next to people, "They can just reach down to pet me." Freddy explained that his job is to make people happy all day long. "That makes a dog feel pretty darn good," Freddy said.

Everyone should know that in addition to Gunner's tutelage, Freddy will go to school. "First," Freddy explained, "there is puppy obedience. You know they say you learn everything you ever need to know in kindergarten, right?" These are the bare necessities:

Freddy added: " 'Mom' believes in higher education, but she says we will just wait and see where my interests and talents lead me – possibly to search-and-rescue work. Who knows? For now, let's just play."

Question: As a young Belgian Tervuren, how would you describe yourself?

Freddy: "They say I'm just a puppy. And it will take me a couple of years to settle into my own. At eight months old, I'm nearing my expected grown-up size. I'm pretty protective of my space, but I am learning how to love everybody. I just adore my 'mom,' and I am pretty much her shadow – wherever she is, that is where I want to be, too!"

Question: What are the perks of your job as assistant morale manager at Home Instead Senior Care®?

Freddy: "Well, I get to go to work every day with my big 'sister,' Tinky, and 'Mom' – but at work everyone calls her Ms. Stacee. Anyway – I'm meeting lots of people at the office, including CAREGivers. Sometimes children stop to say hello and other times there are clients, too. Mostly I like that they all OOOH and AAAH and think I am SO 'pretty.' They always say 'pretty' – I think I would much rather be called 'handsome.' I snoop around and sniff the garbage cans, and sometimes someone forgets Tinky and I are here and they throw away something that needs to be investigated. And naps – can't forget the naps. Tinky and I have very lucky jobs because we are the only ones in the office who get to take naps regularly as a perk. So yes, I am Second-in-Command of People Greeting, Garbage Snooping, and Nap Taking – I'm learning all I need to know by job training with my sis Tinky. Not a bad gig, eh?"

Question: What do you like to do away from the office?

Freddy: "Playing with my 'big sister' is super fun. Well, she's older than me, so she's my 'big' sister, but she is a Jack Russell terrier, so she's sort of my 'little' sister too, because she is much smaller than I am. When we go home, we play chase-all-around-the-yard – first I chase her and then she chases me and then we do it over again. We have a lot of energy, and we really like to run to get it all out. Then, at the end of the day, I like to crawl up in 'my mom's' lap and snuggle. She says I am too big, but I love being next to her all the time." For Client Care Manager Hal Keisor, his work is a calling, not a job. "My mother and father told me long ago that I should do what I love, and love what I do. That is where I am today," said Hal, who joined Home Instead Senior Care® in June 2009 as the community service liaison and was promoted to client care manager. ​

His inspiration is his mother, a Home Instead CAREGiverSM. His younger sister also is a CAREGiver, and those two women are partly responsible for his move to work for Home Instead Senior Care. ​

Hal conducts care consultations with prospective clients as well as develops and maintains client relationships through quality assurance visits, phone calls and special events. In addition to making client-CAREGiver introductions, he counsels CAREGivers on effective techniques. He works tirelessly to ensure the clients' best possible care. "The care we provide is not a cookie-cutter schedule because it is customized to the clients' needs and desires," he points out. ​

He is a volunteer for the Alaska Run for Women, which benefits breast cancer awareness and research, as well as providing competition for Alaska's female athletes. Hal has "two wonderful daughters" and three grandsons. "I love time spent with family, especially the grandkids at our cabin on Kashwitna Lake," he said. ​ Your Home Instead team in Anchorage, AK possesses a heartfelt desire to work with seniors in the community. It is our ultimate goal to forge extraordinary relationships between our clients and their CAREGivers.