Matt McClure purchased a Home Instead Senior Care franchise, because he believes it’s important for seniors and their families to have options when it comes to their long-term care.

A former teacher and high school principal, Matt currently serves as the superintendent of schools for the Cross County School District in Cherry Valley, Arkansas. He is looking forward to working with the older generation – helping seniors in Pulaski, Lonoke and White Counties live safely and independently for as long as possible.

In his spare time, Matt enjoys spending time with his family, golfing and water sports. 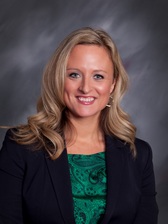 Co-owner of Home Instead Senior Care in Hot Springs, Hot Springs Village, and Benton, AR. Jennifer also works as President of Operations for Home Instead Senior Care in Little Rock and Searcy, AR. Jennifer serves as a contributing member of the Home Care Association of America and is on the Board of Directors for the local Home Care Association of Arkansas. Originally from Omaha, Ne, Jennifer moved to Hot Springs Village in May 2017 to pursue her passion of owning her own business while serving a mission of enhancing the lives of aging adults and their families. Jennifer works to educate professionals, families, and communities on issues older adults face. She has a special passion for helping families navigate the challenges of dementia caregiving and connecting them with valuable resources. Jennifer is a local resident of Hot Springs Village and is happily married with three children who attend Fountain Lake. Born in Portugal, Catarina moved to California when she was 3 years old. She grew up on dairy farm and was the main interpreter for her parents. She would go with them to doctors appointments, read and interpret all their mail and help them with their bills. In 2014 she started her first job at Pizza Plus and worked there while she attended high school, while maintaining a 4.0. She graduated with honors and was the first person in her family to attend college at California State University Stanislaus. Lela began her career at Home Instead Senior Care in 2011. Prior to coming to Home Instead Senior Care she was a hospice case manager. During her career, which spans thirty seven years, she has worked women's health, NICU, taught in the Harding University School of Nursing and worked for Senior Health, Inc. at St. Vincent's Infirmary for eleven years during which time she worked as a charge nurse, Outreach Coordinator and Nurse Manager. During her free time she enjoys choreographed ballroom dancing, spending time with her grandchildren and exercising. Kassie began working at Home Instead Senior Care as a CAREGiver in the field after she obtained her CNA license in 2014. One year later she was promoted to Staffing Coordinator. She was born and raised in Michigan, but enjoys living in the south. She spends her free time helping others and spending time with loved ones.

Benita grew up in Augusta, Ark., and she has worked in home care (mainly home health) since 1989 in multiple positions.

Her most rewarding job is having raisned four daughters in Fordyce, before moving back to Searcy in 2012.

Her oldest daughter, Katie Cohen, is a CRNA, and the mother to Benita's first grandbaby - Linclon Cohen. Next - Alex Parker, who is a 2nd grade teacher at Star City. Mallory Hall is a new RN, BSN. And Macy Hall is a senior English Major at ASU.

Benita claims to have the best dog ever - Lily. For years Benita worked in dog recue, but she found too many she brought home to stay.

She is married to Leslie Hall. And she enjoy family vacations to Walt Disney World and to the beach.

Tyler Ayers is a North Little Rock Native and currently earning her Bachelor's in History at UARK. Before coming to Home Instead, Tyler served as a Front Desk Coordinator for a Mental Health Clinic. She was drawn to joining the Home Instead Family by our mission statement, the drive to help others and the teamwork, support and empowerment she received from staff!
In her spare time, Tyler enjoys traveling, doing yoga and photography and eating fine cuisine.

A Conway Native, Tameshia received her Bachelor's in Sociology and started her career as a Recruiter and Financial Services Coordinator before joining our Home Instead Family. Tameshia was introduced to Home Instead when her grandfather was in need of CAREGiver services and knew that she also wanted to make a difference.
In her spare time, Tameshia enjoys spending time with her son and husband, reading, and watching crime shows/movies.

An Arkansas Native, Denise Bryant earned both her Bachelor's and Associates Degree in Business Administration before holding numerous positions in healthcare industry. Denise was drawn to Home Instead because of the positive work environment and finds it to be a rewarding job with a meaningful purpose.
In her spare time, Denise enjoys traveling, dinner, movies, museums, and mentoring others to better themselves.

Your Home Instead team in Little Rock, AR possesses a heartfelt desire to work with seniors in the community. It is our ultimate goal to forge extraordinary relationships between our clients and their CAREGivers.