​Bill discovered Home Instead Senior Care after he and his siblings had been through a long, challenging, and often frustrating experience attempting to care for their father and step-mother from a distance. After his step-mother’s death, Bill met the founders of Home Instead Senior Care. He was so impressed with them and the company they had created, he decided to open the first Home Instead Senior Care office in Northern New England to provide the kind of help he wished his family could have had. Bill serves as Chairman of the board of the Alzheimer’s Association, Maine Chapter, and is a member of the American Society on Aging and the Maine Gerontological Society. A former professional cellist and symphony orchestra conductor, he also served for many years as Music Director at First Parish Church in Gorham. He is the proud father of three grown children and an avid motorcyclist. 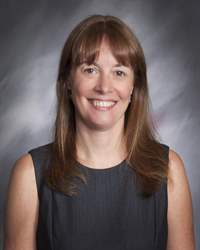 After fifteen years of teaching, Renate was ready for a new challenge and joined the Home Instead team as a Home Care Consultant. She chose Home Instead because of its commitment to helping seniors, as well as its focus on innovation and community service. Now, in her new role as General Manager, Renate is in charge of the day-to-day running of the office, managing the staff, and guiding growth. Outside of the office, Renate facilitates the Cumberland County Senior Networking Group and is a member of the Gorham/Windham/Westbrook Triad. She lives in Gorham and is the mother of two mostly grown children, one of which, she's proud to say, just joined our team as a CAREGiver℠! Renate enjoys music, food, and the outdoors, and especially loves to travel, taking advantage of any opportunity to explore new places and have new adventures. Kathy spent over 30 years serving educational institutions before joining Home Instead Senior Care. Kathy was inspired to shift her professional focus from serving youth to helping enhance the lives of seniors by her own parents' determination to live and thrive in place. As Home Care Consultant, Kathy cultivates and strengthens relationships with referral providers and the community. She is responsible for seeking new opportunities for Home Instead Senior Care to be of service and manages various events including community education workshops. Kathy has a bachelor’s degree in psychology and fine arts from Lehigh University and lives in Portland with her husband and daughter. She enjoys spending time with family and friends, gardening, long walks with her dog, jewelry making, and sailing. ​Autumn first joined the Home Instead community as a CAREGiver℠ and, a short time later, became our Administrative Assistant. It was not long after that she moved into her current role of Service Coordinator. In this position, Autumn is responsible for building the CAREGiver teams and creating schedules for all new clients. She works with the rest of the staff to make the best Client/CAREGiver matches possible and to manage the last-minute changes, cancellations, and additions to client and CAREGiver schedules. Autumn loves her interactions with clients, families, and CAREGivers. In her free time, she enjoys photography, going to concerts, and spending time with her family. She also enjoys the New England Patriots, hunting for sea glass, and her cat Andy. 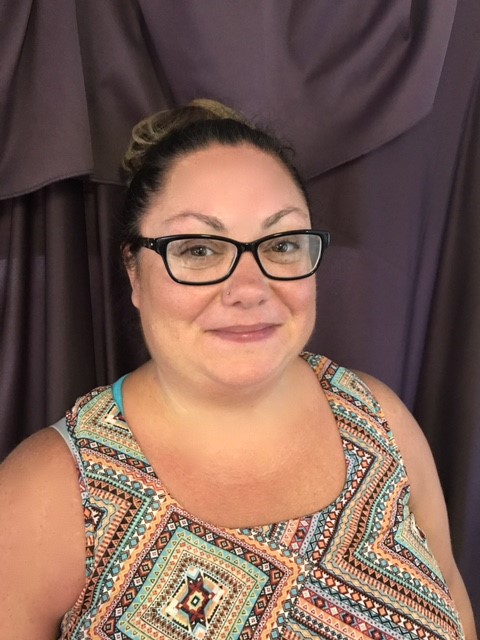 Bethany is a certified medical assistant and has been in the healthcare field for more than 18 years. When she is not on call in the evenings and weekends for Home Instead, she is serving patients at Maine Medical Center. Bethany is an excellent troubleshooter and enjoys helping ensure our clients’ needs are being met 24/7. She lives in South Windham and enjoys vacationing in tropical places and spending time with her two children - going to the beach, playing basketball, swimming, and hiking. "One person can make a difference, and everyone should try," John F. Kennedy. This is the mantra Jacquelyn follows on a day to day basis, whether in her role as Recruitment & Engagement Coordinator or at home with her family. She is passionate about sharing her love of life and people with the Home Instead Senior Care community. The favorite part of her job is connecting with CAREGivers℠ to do everything she can to make their experience with Home Instead unlike anywhere else. "To us it’s personal," after all! As part of her role, Jacquelyn is developing new programs including a Health and Wellness Initiative, to ensure Home Instead Senior Care is an amazing place to work. Jacquelyn has a degree in Sociology from the University of Nebraska at Omaha. She enjoys exploring the great state of Maine by foot or by kayak, cooking for her family and friends, and reading novels. 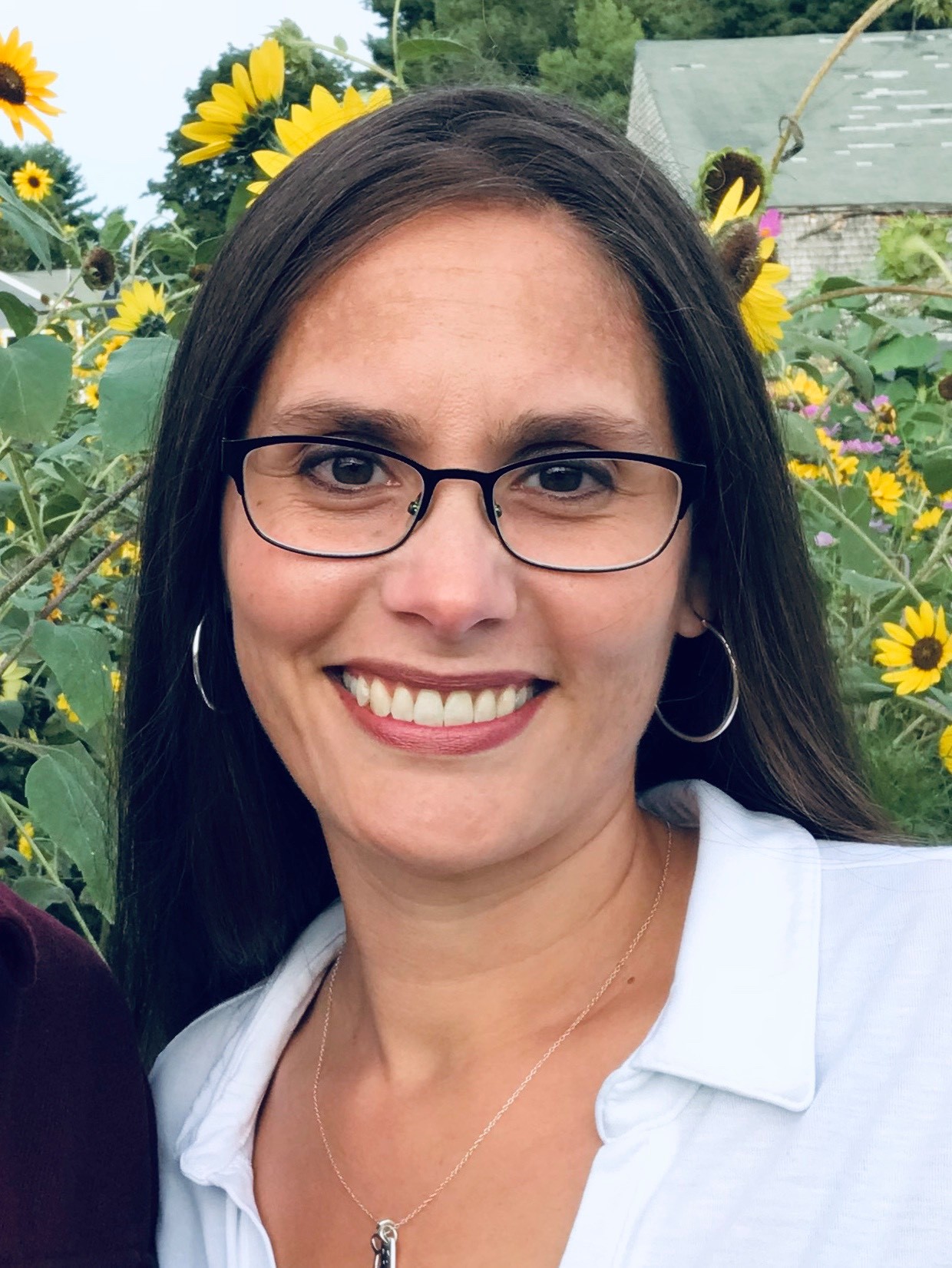 Michalyne joined Home Instead Senior Care after 20 years in the insurance industry, where no matter what her role, she emphasized excellent customer service. Drawing upon her own family history caring for her grandparents, Michalyne is committed to helping people age with dignity and to finding the right level of support and care. In her role as Client Care Coordinator, she oversees the clients’ care, from the initial assessment with the client and family to periodic quality assurance visits to make sure Home Instead remains responsive to the clients' goals and needs. Her favorite part of her role is the privilege of meeting families in their homes and hearing their personal stories. Michalyne lives in Gorham with her two sons. She enjoys spending time with family and friends, crocheting, and relaxing with a good book at the beach. Karen graduated from the University of Southern Maine with a Bachelor of Science in Nursing. She began her career at a long-term care facility where the head nurse told her she would help her fall in love with the world of Geriatric Nursing. During Karen's 25-year career she has held various positions in the nursing field, including home health, case management, and office nursing, but she has found that her heart is home when she is caring for seniors. She feels that it is a gift to assist older adults to age gracefully in an environment that allows them to thrive, often their own homes.

Karen is a true "Mainer" having lived here her entire life. She recently sold her home in Gorham and is in the process of building a new home in Brownfield. Karen has 3 daughters, 2 of whom recently graduated from high school. One of her daughters has joined the Navy, another daughter is attending the University of Rhode Island, and her third daughter is very active with volleyball. She enjoys walking her dogs and spending time tending to her yard. Cynthia was born and raised in Haverhill, Massachusetts. Her family vacationed in Casco, Maine every summer when she was a child, and she was happy to move to this beautiful state with her children in 2001. Before joining the team at Home Instead, she worked as a Geriatric Nutritional Director at a long term care facility where she had the opportunity to work with many seniors and their families. Cynthia's role as Administrative Assistant keeps her busy with a variety of duties, but her favorite is taking calls from folks inquiring about our services for important people in their lives. This can often be a stressful and confusing time for families, and Cynthia helps make it a bit easier with her sincere desire to help and her calm approach. Cynthia loves to spend time with her three grown children (and spouses) and 5 beautiful grandchildren, so she gets them all together for family dinners, game nights, BBQs, or camping as often as possible.

Your Home Instead team in Gorham, ME possesses a heartfelt desire to work with seniors in the community. It is our ultimate goal to forge extraordinary relationships between our clients and their CAREGivers.